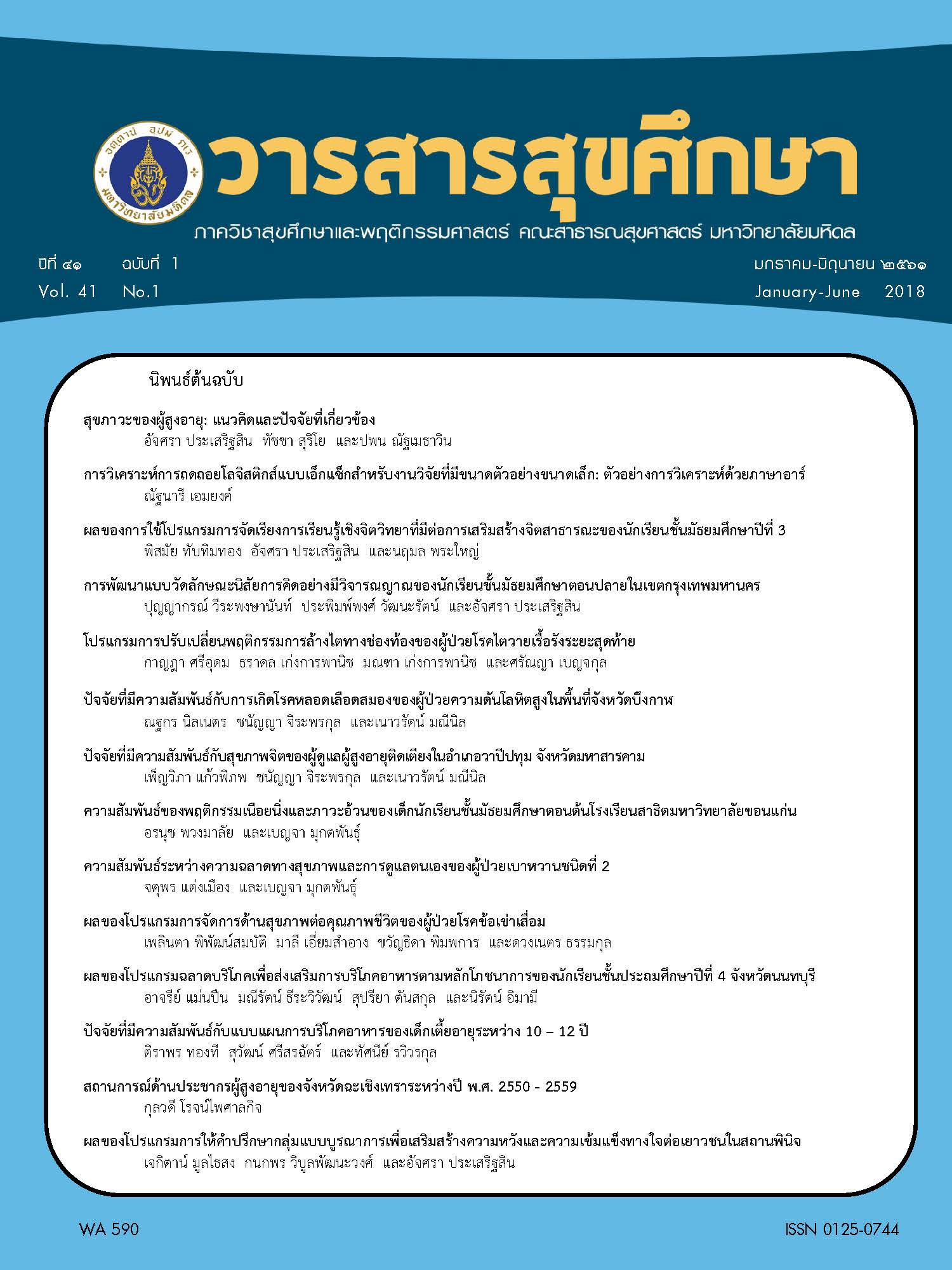 The objective of one group pretest-posttest research were 1) to development of a learning psychology program to public mind-strengsthening of Mathayomsuksa three students, 2) to compare differences mean of public mind level before and after participation attending the learning psychology program for public mind. The samples used to study were thirty students at School, both male and female, aged between fourteen and fifteen years of age and studying in Mathayomsuksa three during the first semester of the 2017 academic year. There were selected by using the simple random sampling method by a one class from ten. The research instruments were 1) a learning psychology Program designed to strengthening of public mind with the Index of Congruence ranged from 0.60-1.00. 2) a questionnaire for public mind scale with the reliability coefficient (alpha) of 0.828. The data were analysis using mean, standard deviation and a paired sample t-test
The research results were as follows: The learning psychology program to public mind-strengthening of Mathayomsuksa three students compose of 12 activities. Each activity composed of 3 stages: the initial stage, the working stage, and terminal stage. And then, The study found that the average scores of public minded behavior among Mathayomsuksa three students after attending the program were significantly higher than before at a level of 0.05.