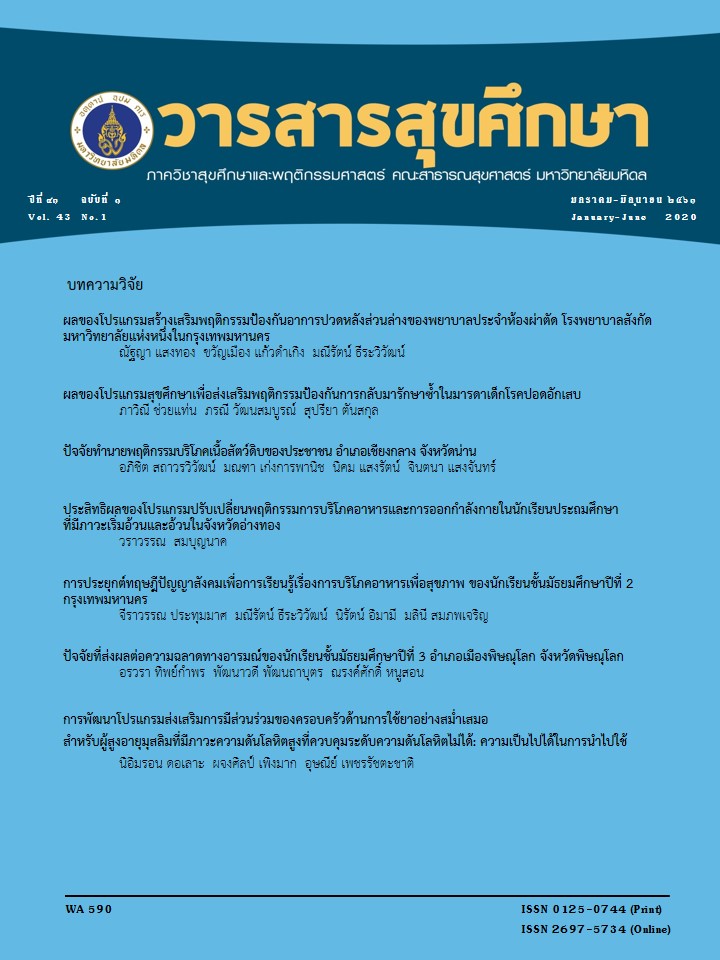 Pneumonia is a common respiratory disease and a major cause of death among children. Mother’s care is significant at all levels of prevention of pneumonia. A quasi-experimental research, the pretest-posttest design with non-equivalent group, aimed to examine the effects of an educational intervention for promoting readmission preventive behaviours among mothers of children with pneumonia.  A sample of 49 mothers of pneumonia children aged 0-1year and admitted at the pediatric ward of a university hospital was recruited in the study – 24 for an experimental group and 25 for a comparison group. The experimental group received the educational intervention putting into routine curative service system. The intervention was designed based on the self-efficacy theory consisting of three main components: one on one basis of educational sessions at the patient ward, at the discharge unit, and a 3-time follow-up via Line application. The comparison group received the usual service of health education. The study had been carried out for 1-month period. Data were collected in order to evaluate intervention effects by using an interviewed questionnaire and analyzed using paired t-test, independent t-test, and z-test.