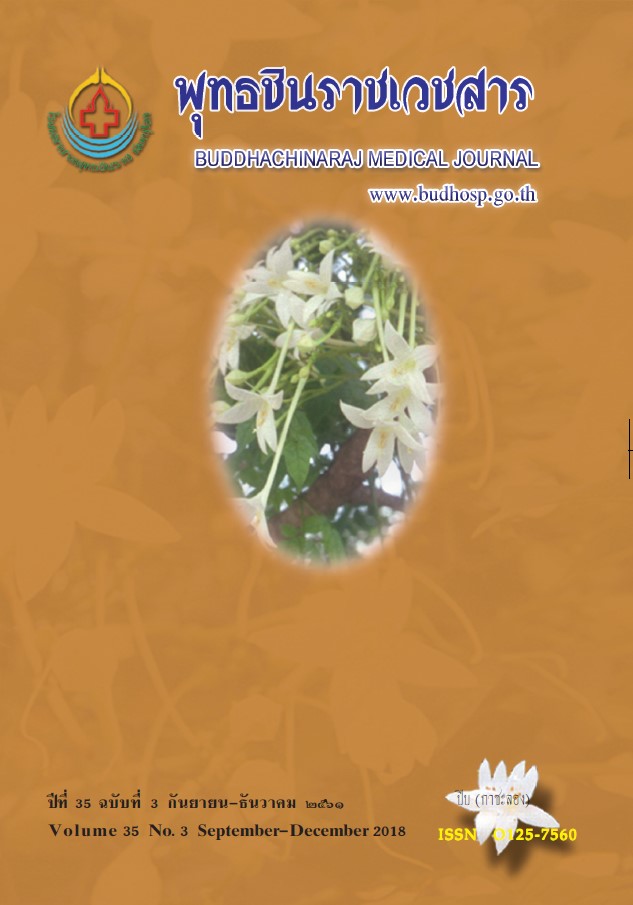 The oral potentially malignant disorder (OPMD) screening by visual inspection was a guideline to seek OPMD patients and decreased mortality rate of oral cancer. This descriptive study aimed to study the incidence of OPMD and to evaluate the various risk factors affecting the incidence of OPMD. The sample population consisted of dental patients aged 60 years old and up in ten villages Muang district Chaiyaphum province between April to May 2018, selected by purposive sampling. The data were collected using the questionnaire interview and oral screening. Data were analyzed by using descriptive statistics and Fisher's Exact test. The results showed that 379 individuals were examined. The overall incidence of OPMD was found to be 2.9% and oral cancer 0.3%. Female were found higher incidence of OPMD compared to male. Also the prevalence rates increased with age. Factor significantly associated with OPMD was betal nuts chewing (OR = 27.68, 95% CI = 6.96-110.98). OPMD screening should be done in dental practice especially the elderly, risk patients and advice to quit their risk behaviors