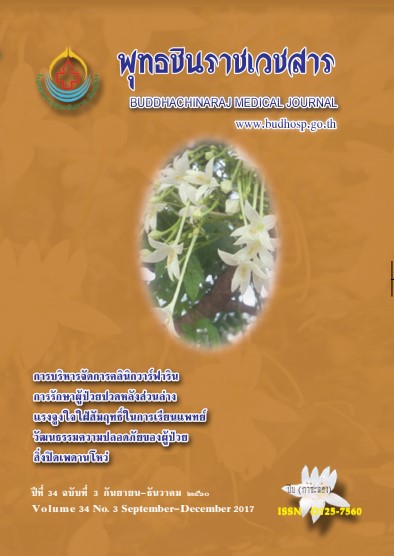 Warfarin is the most commonly prescribed oral anticoagulant. Effective and safety of warfarin
therapy requires careful monitoring of the international normalized ratio (INR) and dose adjustments.
This quasi-experimental research aimed to evaluate the output of information technology (IT) system for
reducing steps, reducing time of patient care process, report the indicators and clinical outcomes of the
patients who receiving warfarin therapy at Khemarat Hospital, UbonRatchathani. Development of comprehensive
warfarin management system with Microsoft Excel. This study was divided into two periods, before using of
IT system (from October 1, 2014 to September 30, 2015) and after development of comprehensive warfarin
management system with Microsoft Excel (from October 1, 2015 to September30, 2016). Data were analyzed
by frequency, percentage, mean ± SD and Chi-square test. The results were development of IT system can
reduce the storage of patient records, reduce the procedure of calculating the dose of warfarin from 5 to
2 steps, standardize the dosing protocol and reduce the workload in reporting the indicators. In clinical
perspective, percentage of patients with acceptable INR was significantly increased from 36.0% to 56.8%
(p < 0.001). Mean time in therapeutic range (Rosendaals) was increased significantly from 45% to 57.8%
(p < 0.001). Extreme values of INR (INR > 5) were decreased significantly from 3.9% to 1.4% (p = 0.043).
In conclusion, IT system for warfarin clinic management can reduce the process, workload and improving
the treatment efficiency of patients who receiving warfarin.