Flooding in Phitsanulok province is considered one of the natural disasters affecting life and consecutively having an effect on provincial economic, social and environmental systems. The effect from this natural disaster depends on climate variability. The government sector has responsible for taking care of the people in the area due to morale of the residents is very important. Furthermore, a large amount of budget is spent for reconstruction from the mass loss of cultivated areas, village areas and business areas which include agricultural products, cultivated land, domestic animals, infrastructures and health service units. Moreover, the provincial vision regarding the growth of Indo-China areas is to promote local business, investment, tourism and other means of service. Flooding has a direct impact on the development plans of the city. This study aimed to apply method to solve flooding in the flood areas in Phitsanulok and submit the actual method to the government for future sustainable measurements. The documental hydrography was gathered from the related sections from the affected areas in Phitsanulok and nearby provinces. The research tools were fieldwork study, interviews and observations. It was found that the Bangrakam Model for solving the problem of flooding could be adapted with the flood areas by having an effective drainage waterway and a large scale detention basin for a great flood and water storage. The residents in the area were overall satisfied with the cooperative work: directing, preparation, response, recovery, prevention and evaluation. The cooperative and preventive measures by the local people in Prompiram and Bangrakam could reduce flood damage, allowing them to overcome obstacles during flooding. The measures were timing the irrigation system for agriculture and providing retention ponds. Thus, the state and research organization should take these matters into account for the sustainable well-being of the residents in the future. 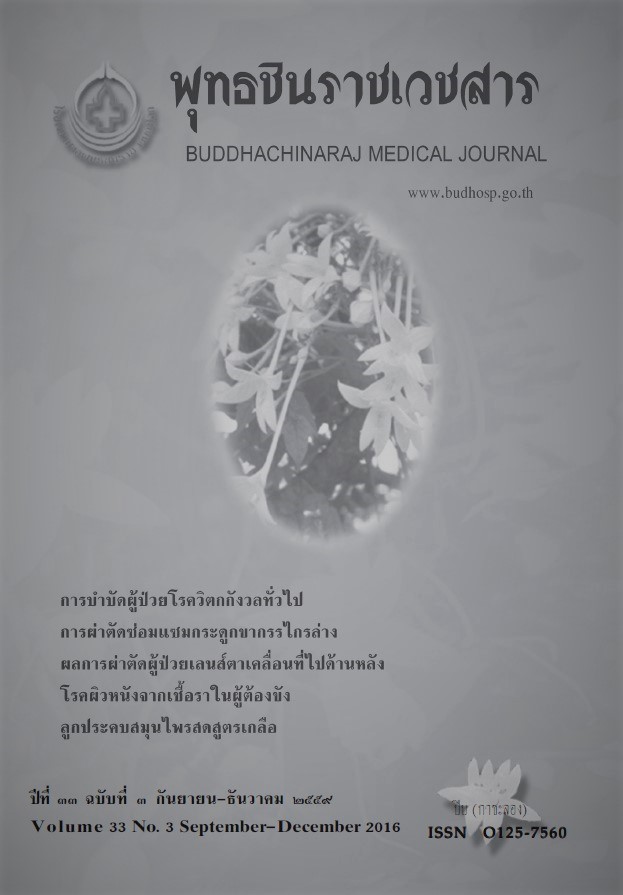