Streptococcus suis meningitis: an Emerging Infectious Disease of this Decade

Streptococcus suis, a major porcine pathogen worldwide, can be transmitted to human beings by close contact with sick or carrier pigs. S.suis causes meningitis, septicaemia, endocarditis, arthritis and septic shock in both pigs and human beings. The sequelae such as hearing loss and vestibular dysfunction are common. Human infection with S.suis occurs mainly among certain risk groups that have frequent exposure to pigs or pork. Outbreaks of S.suis infection in human are uncommon, although several outbreaks have occurred in China in the recent years. There are about a thousand cases of human S.suis infection worldwide, most of which had occurred in China,Thailand and the Netherlands, and these infections had led to many deaths. This review provides background information on the biology and molecular characteristics of this Gram-positive bacterium, and describes the clinical signs, epidemiology, diagnosis and treatment of human infection with S.suis and also compare with other previous reports. In Thailand, among 2007 to 2016, the report of 101 patients from Phitsanulok, the lower northern region, were analyzed. The clinical feature of meningitis is characteristic with sensorineural hearing loss, developing early during the course of meningitis. These patients were cured with high doses penicillin or third generation cephalosporins but the deafness and ataxia were commonly noted sequelae. The mechanism of the cochlear and vestibular damage is uncertain.Presumably, it may cause by some ototoxins from bacteria. The disease remains a major occupational risk of pork handlers and pork consuming in a wide range of public health problem in Thailand. 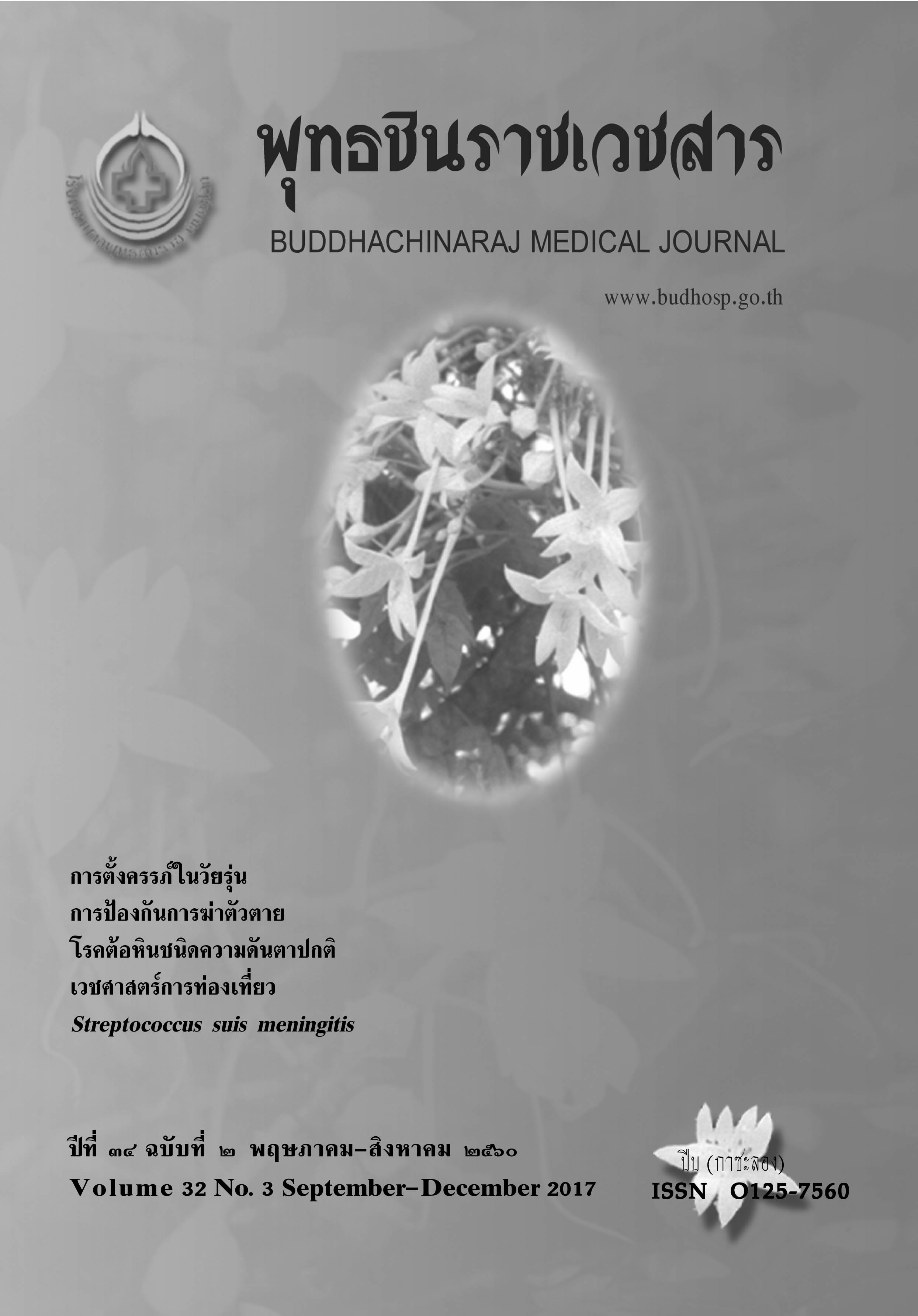