Elderly have many underlying diseases and have an opportunity to find some traditional medicine for curative consequently. They are risky to be harmful from taking nonstandarised traditional medicine. This quasi-experimental research was aimed to study the effectiveness of the program on traditional medicine use behavior modification applying health belief model among the elderly in Bangkhuntak Subdistrict, Muang District, Samutsongkhram Province.  The samples were composed of 30 elderly in the experimental group and 30 elderly in the comparison group.  The experimental group participated in 5 sessions of health education activities and the program lasted for 8 weeks. Data collection was done before and after the program by using interviewing schedules.  Data was analysed by computing frequency, percentage, mean, standard deviation, maximal score, minimal score, Chi-square test, Independent’s t-test, paired sample t-test, Wilcoxon signed-rank test Independent’s t-test and Mann Whitrey t-test. 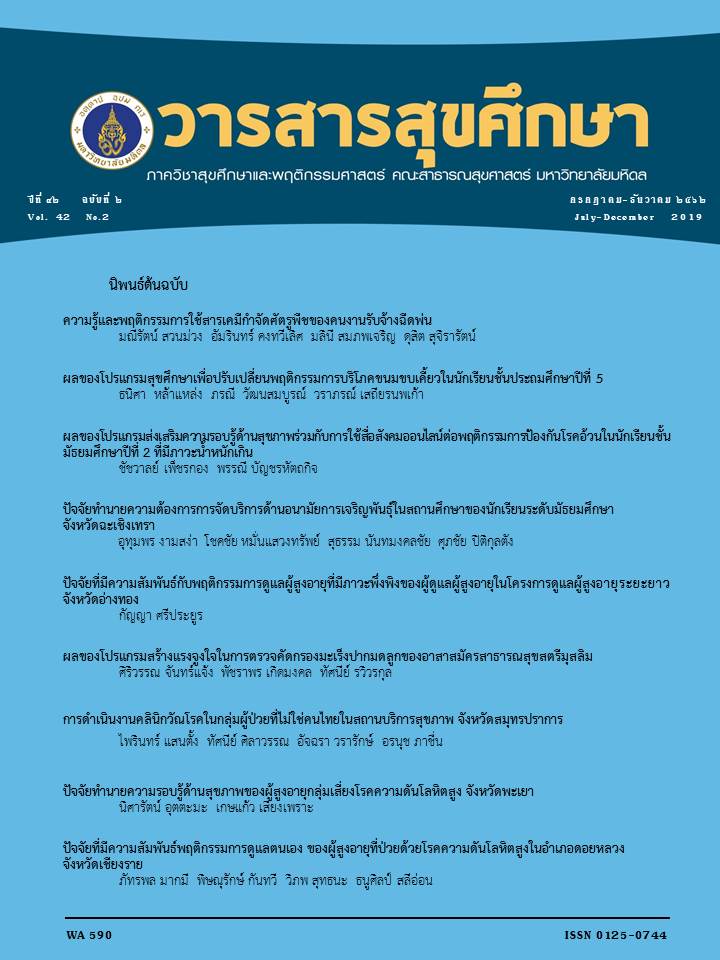