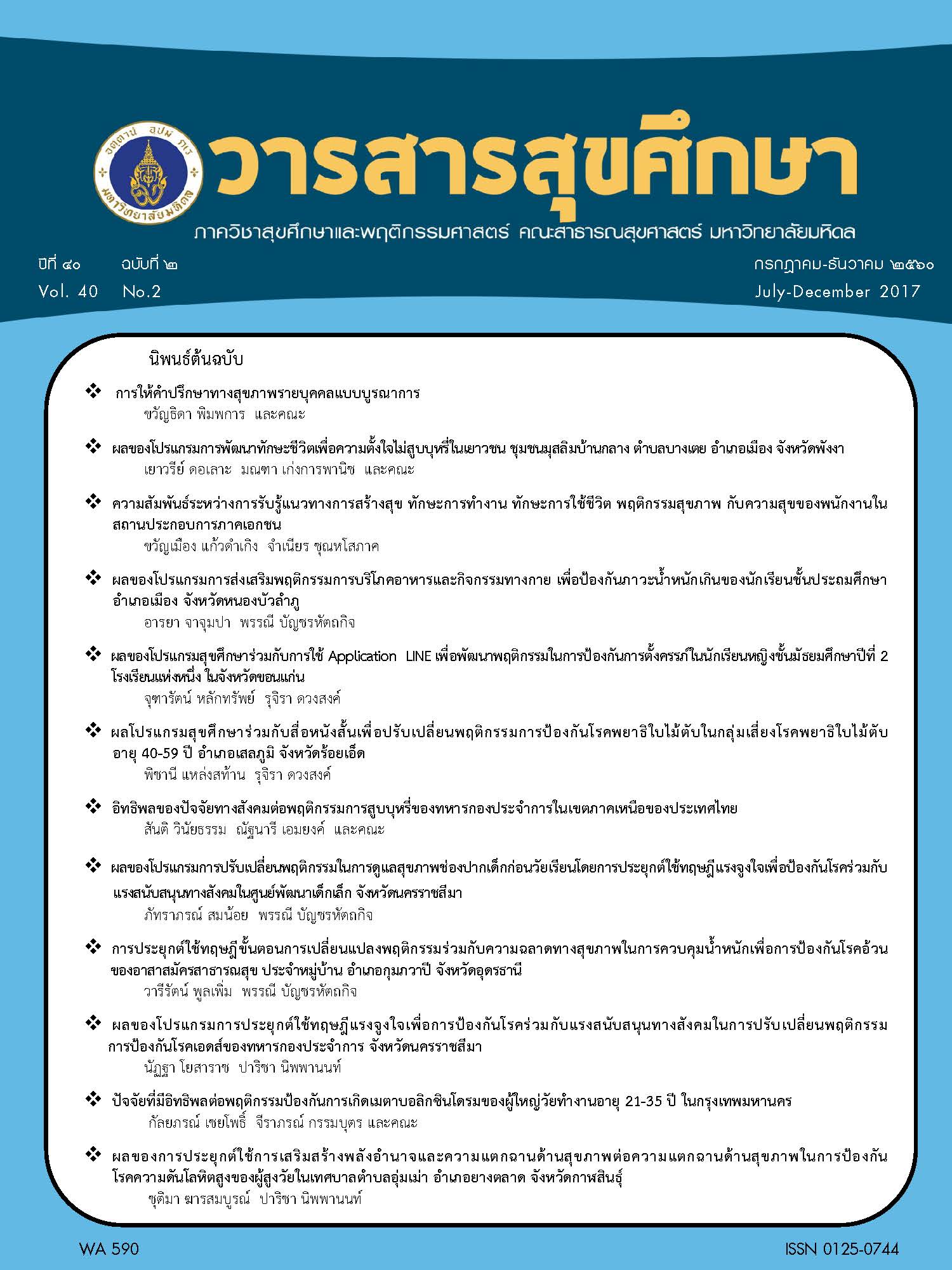 This research was a “two group pretest-posttest design” that aimed to test the difference between pre-test and posttest after implementation of oral health care behavior modification program for preschool children age 3-5 years among parents in a child development center, Wat Thung Jan, Pak Thong Chai District, Nakhon Ratchasima province. The Protection Motivation Theory and Social Support were applied. Sixty two samples were selected by inclusion criteria and simple random sampling that divided into two groups: 31 in each group of an experimental group and a comparison group. The experimental group received a behavior modification program in oral health care such as lecture, group discussion and demonstration of teeth brushing “beautiful teeth and smile” (Parents engage with children in home oral hygiene, such as brushing their children’s teeth properly and brushing every day) and the comparison group do not get a behavior modification program in oral health care. The duration of the program was 12 weeks. Data were collected by self administered questionnaire, diary records and dental plaque examinations. Demographic data were summarized by using descriptive statistics and comparative analysis within and between groups were analyzed by paired t-test and independent t-tests. The level of 95% significance was tested.
The results showed that after intervention, the experimental group had statistically significant mean scores of knowledge, perceived severity, perceived susceptibility, perceived self-efficacy, outcome expectation, practice higher than those before intervention, and the comparison group (p<0.001).The plaque index had lower than those before experiment, and the comparison group (p<0.001).