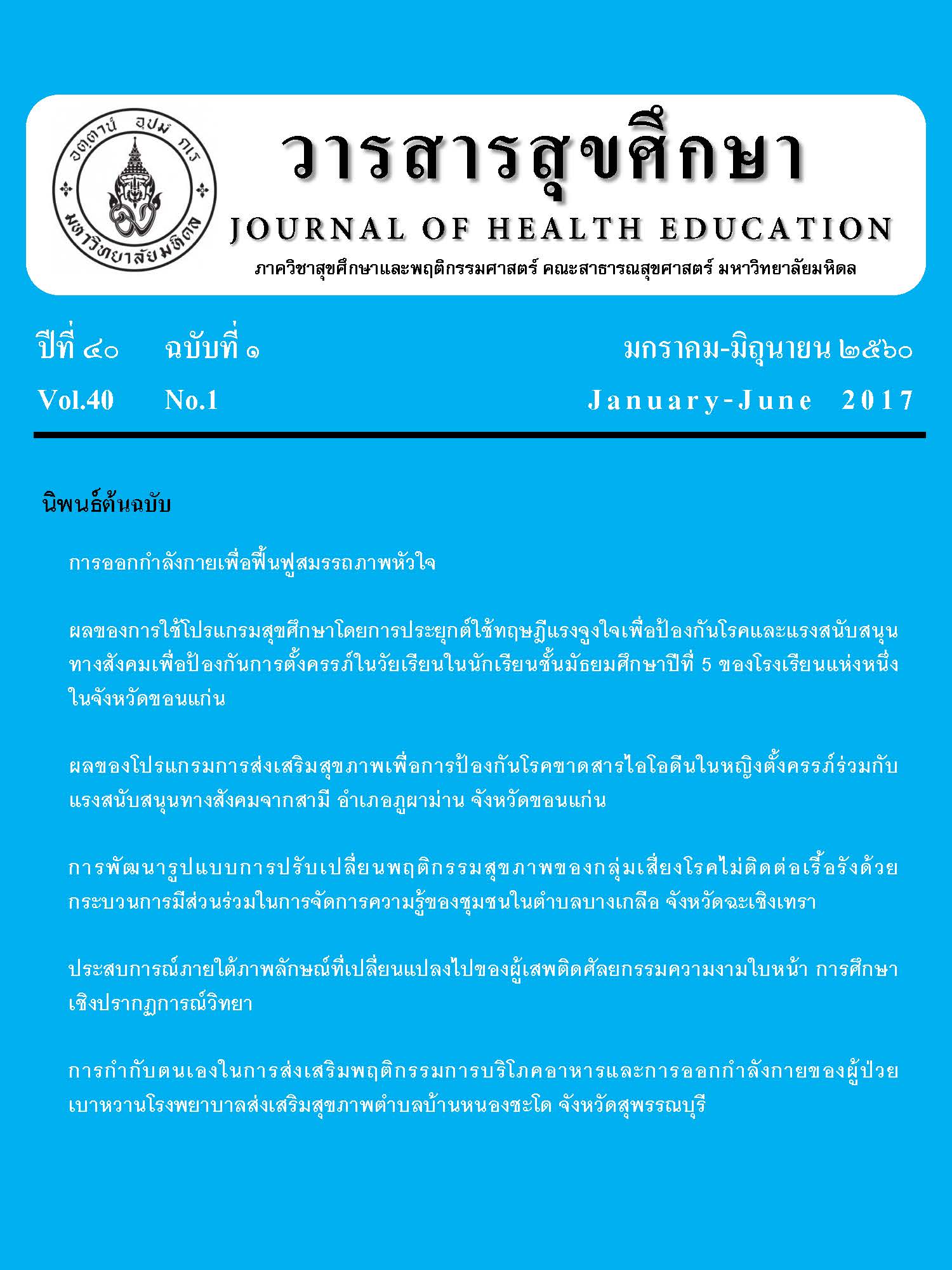 This descriptive qualitative research purposed to describe resilience experiences of widow women from unrest situations in the southern border provinces.These experiences included 12 aspects. 1) the perceptions in meaning of resilience and 2) the elements of resilience. Purposive selection was used to include 12 women in the study. In-depth interviews were used to collect data until saturation. This data was analyzed by utilizing content analysis. This results about the perceptions in meanings of resilience demonstrated in term of the acceptance of the truth about the loss and its effects. These were described as the feeling of accepting the truth, the readiness of coping the problems, and the perception of sources of support.Also, the results about the elements of resilience showed in term of individual potential to cope with the problems and to overcome the life obstacles. These were described as 3 issues. Firstly, it was the internal power of individuals as being faithful to living and having positive thinking. Secondly, it was the internal ability to emotional adjustment and life commitment for the future. Thirdly, it was the perception of individuals about beneficial sources of external support from families, communities, and agencies. Summary, this understanding was useful to develop resilience model for promoting spiritual well being. This also could relate to physical, psychological, and social well being of widow women from unrest situations in the Southern Border Provinces.