This quasi-experimental study (pretest-posttest control group design) aimed to examine the efficacy of the program with the information motivation behavioral skill model toward the preventive behavior in alcohol drinking among female vocational students in Bangkok.  Participants consisted of 62 female students age 15–16 years from a vocational institute in Bangkok. They were equally randomly assigned to an experimental group and a control group. The control group received usual care.  Self-administered questionnaires were used to collect data before and after implementing the program. The questionnaires were also used to follow-up participants. Data were analyzed using mean, standard deviation, repeated measure ANOVA, and independent t-test. Results showed that after the intervention, the experimental group reported higher score of knowledge about alcohol prevention, attitudes toward alcohol prevention, perceived self-efficacy toward alcohol prevention, and alcohol prevention behaviors than prior to implementing the intervention. Also, at two week follow-up, the score of the experimental group was higher than those before the intervention (p<.05), and greater than those in the comparison group (p<.05)

4. Audsanangkornchai S, Mugthong A, Intanon T. A surveillance of drinking behaviors and other health-risk behaviours among high school strudents in Thailand. Songkla: Prince of Songkla University; 2008. (in Thai).

7. Department of Juvenile Observation and Protection. List of annual case statistics 2012. Bangkok: Center for information technology and communications; 2012. (in Thai). 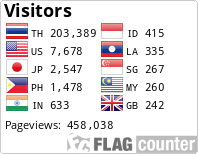