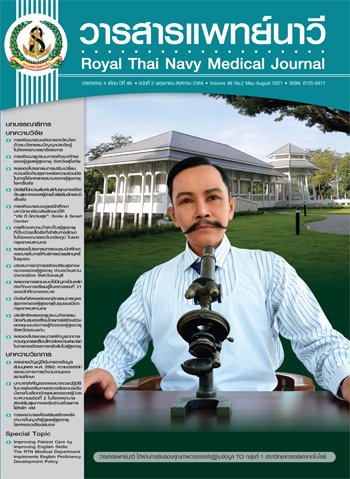 The improvement of a tuberculosis (TB) screening system, using Artificial Intelligence (AI), was first developed at Chattrakan Hospital, Phitsanulok, Thailand, using a Research and Development (R&D) design. The aim of this study was to develop a system and study the results of TB screening using AI innovations at Chattrakan Hospital. The study consisted of a sample of 4,417 people at risk of TB and living in Chattrakan District. The research process comprised three phases, namely: Phase 1, R1D1, drafted synthesized innovative prototype by reviewing theoretical concepts; Phase 2, R2D2, developed innovative prototypes (750 were people recruited); and Phase 3, R3D3, tested innovation prototype effectiveness in a sample of 3,663 people using six new graduates to examine the results, in conjunction with AI, to diagnose and provide treatment according to the National Tuberculosis Control program guidelines. Data were analyzed by descriptive statistics, sensitivity, specificity, positive predictive value, and negative predictive value. Accuracy evaluation was carried out to classify TB patients, comprehensive screening conducted, and analysis performed of the conformity amongst opinions of TB diagnosis between AI and doctors using Cohen’s Kappa coefficient statistical test. Results of the Phase 2 study revealed that the coverage rate for TB increased from 86.12 to 132.84 per 100,000 of the population, while in the Phase 3 study, doctors screening TB using AI reported an increase to 423.24 per 100,000 of the population. AI was statistically significant and consistent with the results from the doctors at 0.05 (Kappa 0.227). However, in phases R2D2 and R3D3, AI was unable to perform, compared with 0.22% of the specialist doctors in the risk group. The results of this study showed that AI helped to find primary TB carriers with no symptoms and sputum negativity, which occurred five times more than those with sputum positive, B + per B-(73 versus 13). The sensitivity of the number of doctors suspected of TB was 86.96%, specificity was 75.65%, positive predictive value was 8.41%, with a negative predictive value of 99.77%. Policy recommendations commend hospitals drive an AI-based TB screening system to improve efficiency and locate TB patients more easily, and implement the guidelines without delay.