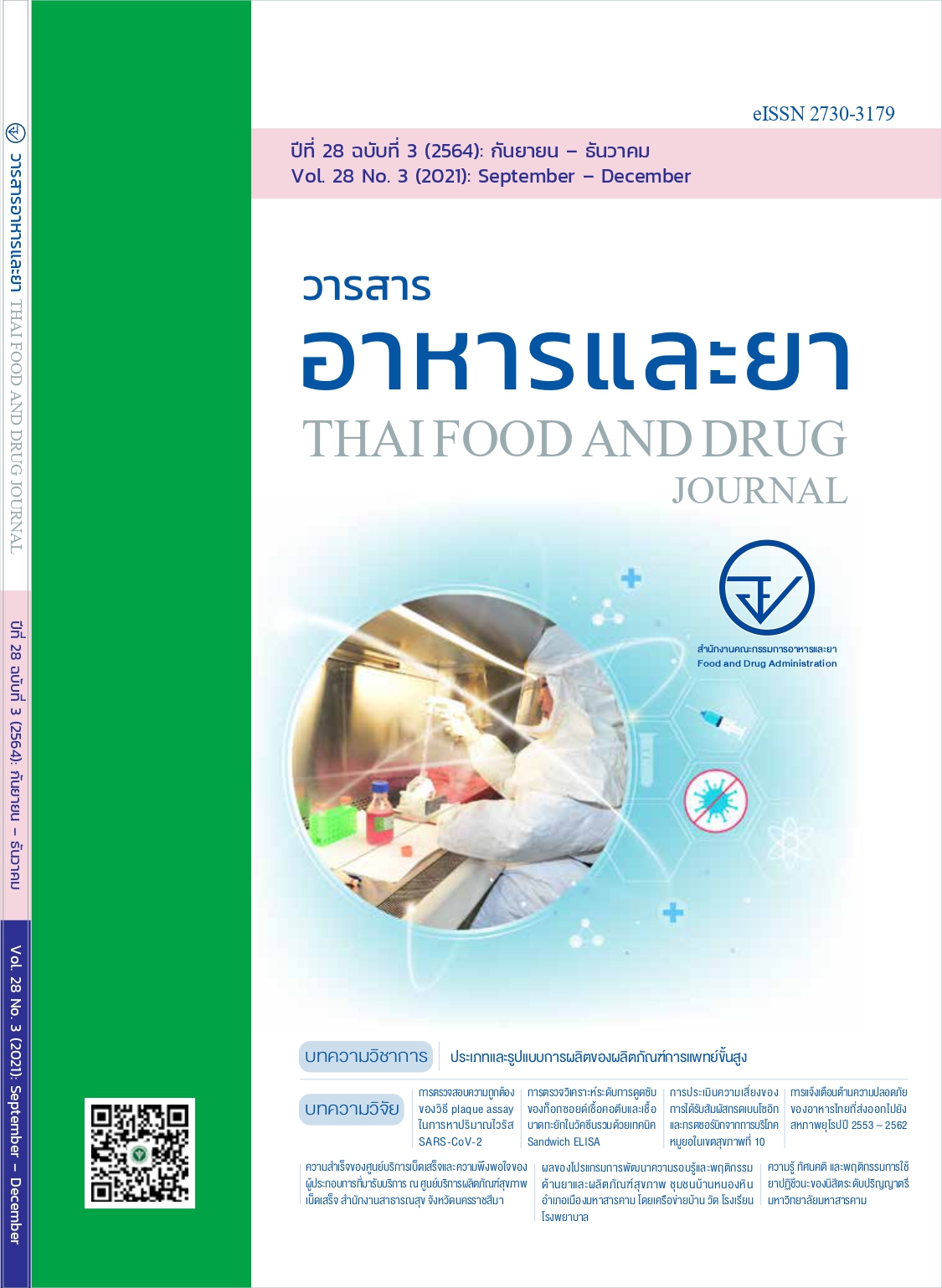 Background: Steamed pork sausage or “Moo Yor” consumption is a popular traditional food gift and famous in northeast Thailand which mainly produced in Ubon Ratchatani provinces and nearby. Notification of the Ministry of Public Health (No. 418) B.E. 2563 Issued on prescribing the principle, conditions, methods and proportion of food additives (No.2) prohibited the use of benzoic acid, but it was able to use sorbic acid lower or equal 1,500 mg/kg in steamed pork sausage. However, according to laboratory surveillance data, it was found that both types of preservatives were still used.

Methods: Steamed pork sausages 114 samples were collected from production sites and distribution in markets in Ubon Ratchatani, Sisaket, Mukdahan, Yasothon, and Amnat Charoen provinces in Thailand between December 2019 and June 2020. Benzoic acid and sorbic acid in the samples by using the high performance liquid chromatography method. Then, the risk assessment of benzoic acid and sorbic acid from steamed pork sausage consumption of Thai people in each age groups were calculated by using probabilistic estimation method and classified consumers: per capital (all population) group and eater only group.

Results: The 114 samples were detected benzoic acid and sorbic acid at 84 and 10 samples that were the lowest and highest level in range of 108-1,253 and 9-4,168 mg/kg, respectively. Besides, it found one sample which had both benzoic acid and sorbic acid at 442 and 108 mg/kg. Risk assessment results of benzoic acid exposure discovered that it was a low risk among the entire population at average 0.77-3.20 percent of ADI and high level 97.5 percentile at 25.62-85.61 percent of ADI. Moreover, in the eater only group who consumed steamed pork sausage found that they got a row risk as well at 16.74-49.25 percent of ADI. On the other hand, the risk assessment results as 97.5 percentile found that the consumers got a high risk in all age groups by 157.46–579.90 percent of ADI.

Conclusions: There was use benzoic acid which consumers in all age group had the high risk to expose the acid in steamed pork sausage in 10th Public Health Region. As a result, to consumer safety, government agencies should strictly control a food addictive using to follow regulations and laws, also communicate and educate people to decision on buying selection steamed pork sausage in the future.