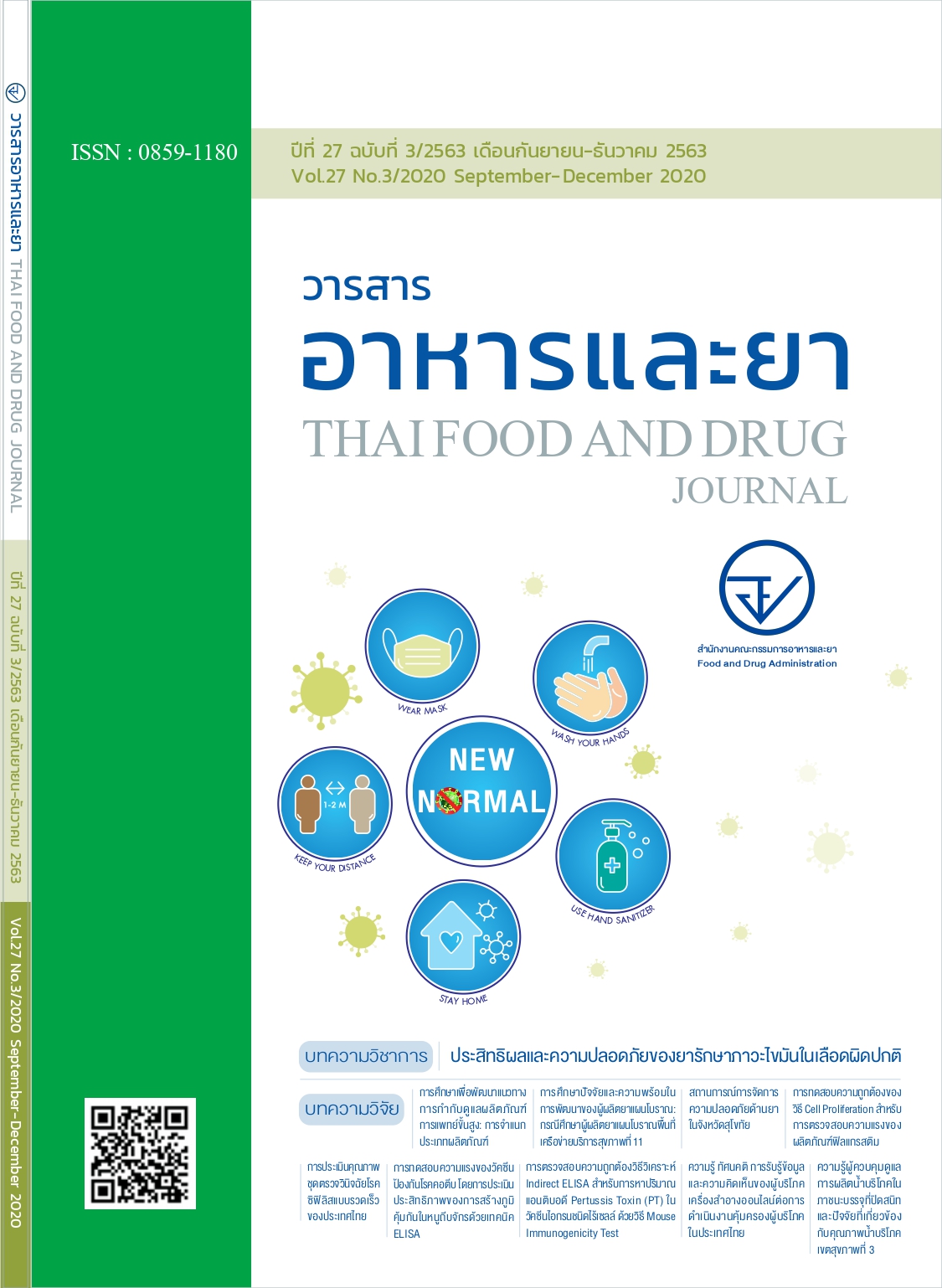 The objectives of this quantitative research were to survey a l evel of knowledge,
attitude of online cosmetic consumers toward online cosmetic advertisements, informed perception
and their opinion on consumer protection operations in Thailand. This study was conducted
385 online cosmetic consumer samples who aged 20 years old and over by accidental sampling.
Data was collected an online questionnaire between July and September, 2019. The results
showed that the online cosmetic consumers had overall knowledge about the cosmetics and
cosmetic advertisements in moderate level. More than 50% of consumers had incorrect knowledge
about cosmetics advertising message as “they believed that it can tighten sagging skin, the
advertisement of cosmetics were approved by the Food and Drug Administration (FDA), and
the notification number of the cosmetics was a thing which confir med efficacy and safety”.
The consumers also had overall average of attitude toward online cosmetic advertisements in
a moderate level at 3.15 of 5 total scales (1-5). The consumers’ attitude on cosmetics review
was good, but they were bad at attitude about over-claimed advertisement. Only 42.3% of them
stated that they were perceived the cosmetic information from FDA; the main channel for this
perception was television. The top three channels that affected on their perception were television,
Facebook page (Fda Thai), and activities/campaigns respectively. In addition, the overall consumers’
opinions on the FDA operations of information and public relations about cosmetics were a good
level, while the trend of contents and formats was a moderate level. Finally, the consumers’
opinions on the FDA operations of cosmetics control were a moderate level with the minimum
score about speed of cosmetic surveillances and litigations. Therefore, the FDA should improve
media format contents and progress their speed of procedures to control and protect consumer
promptly.

10. Bloom BS. Learning for Mastery. Evaluationcomment. Center for the Study of InstructionProgram. University of California at LosAngeles; 1986.