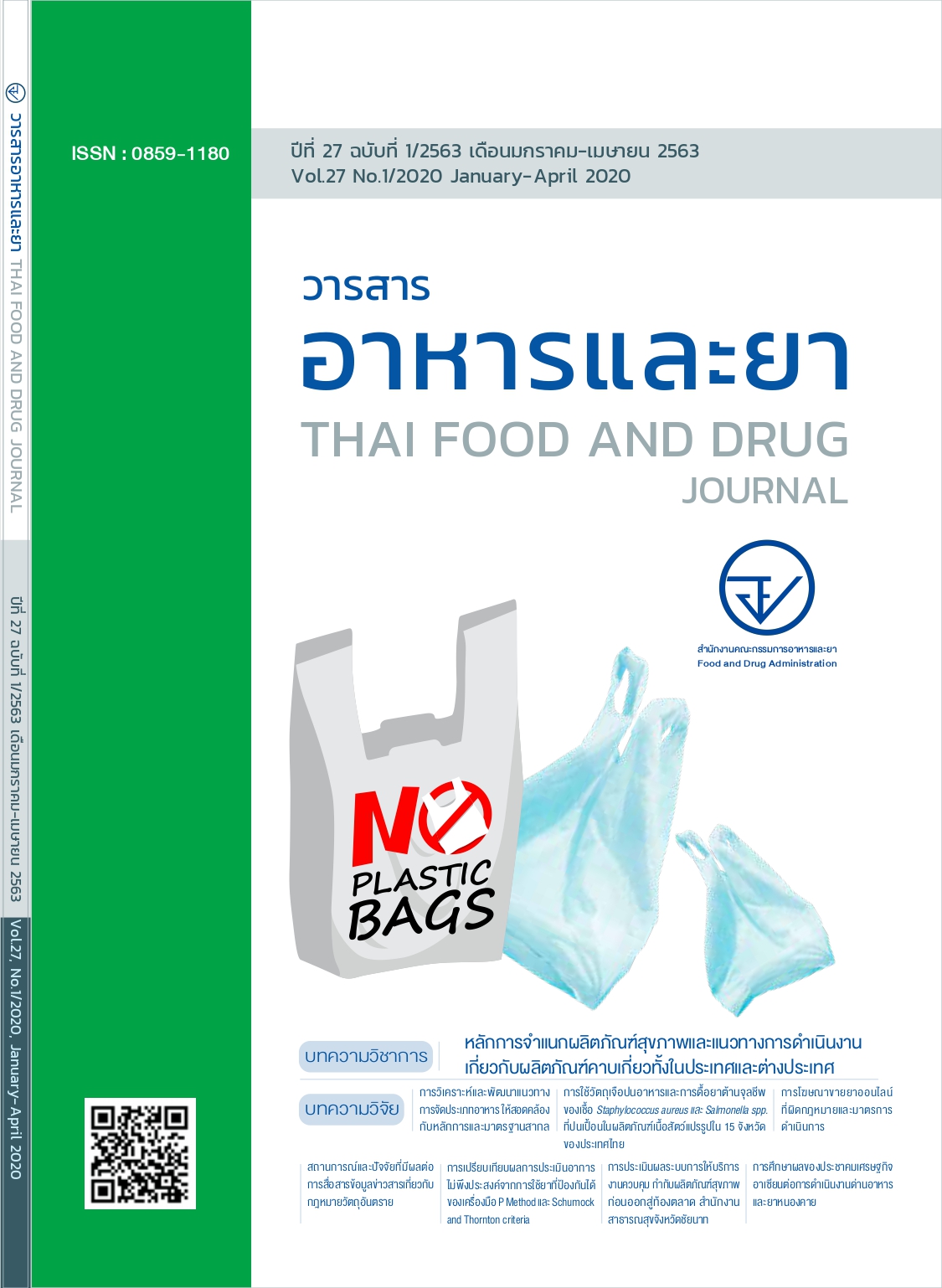 This study aimmed to determine statistical data on the effects of the ASEAN Economic Community (AEC) on the implementation of Nong Khai Thai FDA Che ckpoint in inspecting imported health products in term of the number of health produc t items and the value of imported health products, also to provide resources according to 4M (Man, Money, Material, and Management). The research was collected data 6 years that between before and after opening the AEC 3 years (2013 - 2018). The data was described as descriptive statics by using percentage and inferential statistics by using Paired t-test for Mean and Pearson Correlation on a main hypothesis (H0) that the results of the Nong Khai Thai FDA Checkpoint before and after opening
the AEC 3 years will not statistically significant difference. The results revealed that a large inspection of items and value of imported health products since before and after opening AEC (2013 – 2018) increased in the similar direction (Pearson Correlation coefficient (r) > 0.8) and statistically significant differences (P-value (α) < 0.05). Moreover, it was found that after 2017 there were food products and more health products: cosmetics and medical device products. It is clear that the government officers have to more a huge inspect the imported health products as statistically significant. Finally, a resource providing found that has increased both the FDA Checkpoint staff, budget, space and equipment in the operation. As well as coordinate with
the department that works at the 1st Thai-Laos Friendship Bridge border checkpoint both in the country and the Lao People's Democratic Republic. Thus, to increase ability of Nong Khai Thai FDA Checkpoint to support the outcome of the AEC, it should be Increase readiness in terms of resources used in operations and enhance cooperation at the level of agencies that operate both domestically and internationally.