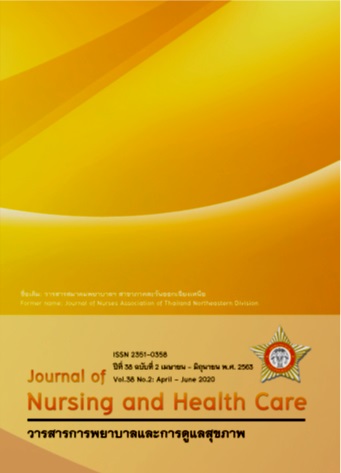 The survey research aimed to study the relationship between health status health behaviors and health promotion needs of the workers in Phothaen, Ongkharak District, Nakhon Nayok Province. The subjects consisted of 255 worker age 20-59 years who in the responsibility area of Ban Khamen FungTai health promoting hospital The research instrument was questionnaire with Cronbach’s alpha coefficient at 0.88 Data were analyzed by descriptive statistics Chi-square test and Pearson's product correlation coefficient. The findings of the study revealed that, the majority of subjects were females aged between 50-59 years and overweight (BMI average = 24.42 S.D. = 4.73). The mental health status of subjects was normal level. The overall mean score on health perception (mean= 2.12 S.D.= 0.67) and health behaviors (mean = 2.94 S.D.= 0.34) were at a moderate level. The health promotion need (mean = 3.16 S.D.= 0.64) was a high level. According to the study on relationship between health status and health needs of the workers, showed that health perception and health behaviors were significantly related with health promotion need of the workers (P - value <0.05). The results of this study suggests that, can be used as the basis for organizing and planning health promotion program, which is important and necessary for the workers.