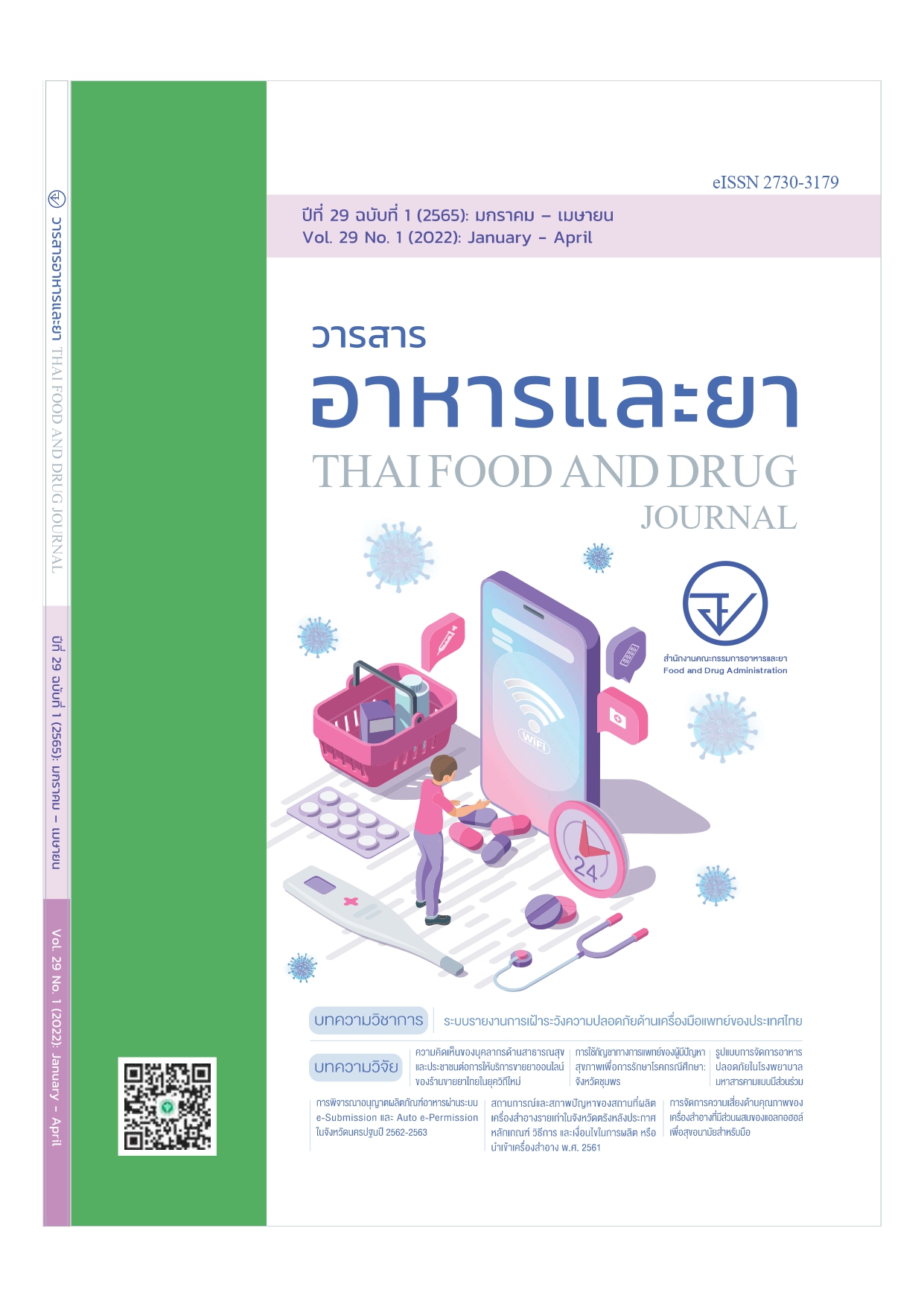 Background: Recently, Thailand has allowed cannabis for medical purposes. Regarding this, the Narcotic Act (No.7) has been amended since 18 Feb 2019 when it was announced in the Government Gazette. This give an opportunity for cannabis and mitragyna plant to be under research and development for medical uses under the supervision of physicians. Chumphon is one of the provinces where medicinal cannabis is used for therapeutic purposes.

Methods: This study was a descriptive research by using a questionnaire through a target group of people who faced health problems and use medical cannabis for disease treatment in Chumphon.  It used convenient randomised sampling of 796 people with a confidence level of 95%, of which 266 samples were collected. The statistics for data analysis was percentage, mean, standard deviation, and Pearson correlation coefficient.

Results: The results found that most samples who used medical cannabis were male 78.94%, age range 26-40 years 52.25%, married 65.03%, graduated from high school or high vocational certificate 38.34%, and agriculturist 42.10%. These samples suffered from physical health problems 87.96% and mental health problems 12.04%. A top three diseases and symptoms included cancers, allergies, and migraine, respectively. In term of medical cannabis use experience found that the first reason that use tem was to treatment, used them around one to five years, and found as other people in same workplace used at 60.90, 36.84, and 33.08%, respectively. According to regulations and access to medical cannabis opinions of the samples, they agreed on strongly level with overall average 4.549, total of five score. Issue that reached the top three average included: it was appropriate to have legal enforce ability of medical cannabis use was suitable 4.643, followed by modern physicians who can prescribe medical cannabis products on average 4.630, and access to medical cannabis products should be liberalized , like other medicinal products, on average 4.609. When studying the relationship of variables, age range, occupation, and experience of cannabis use and cannabis use among people with health problems, it was found that there was a positive correlation with cannabis use among people with level fair, good, and very good health problems, respectively at statistically significant p-value less than 0.1. In addition, there was a major obstacle that the sample group commented on: access was a difficulty for patients to find cannabis because it was classified as a drug for safety reason.

Conclusions: Most surveyed medical cannabis users were farmers. Three-quarters of the sample had physical problems. The reason for the first use was for treatment. Opinion to law enforcement was appropriate, but it should be open to the public as freely as medicinal products. The age range, occupation and experience of cannabis use among people with health problems were statistically positively correlated with medical cannabis use.