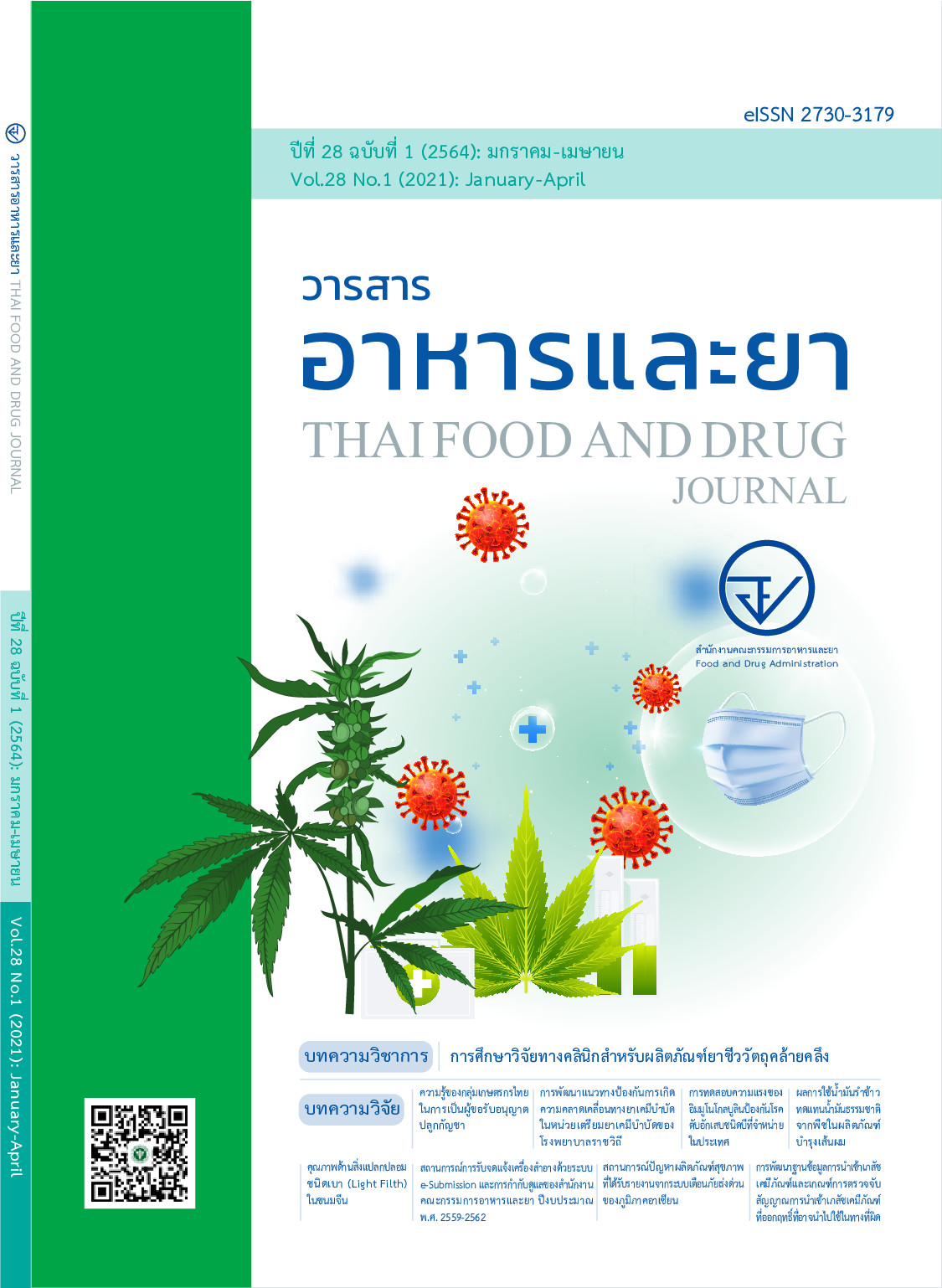 Background: The cosmetic notification on e-Submission system was found product errors in markets.

Objectives: To determine the prevalence of cosmetic notification on e-Submission system of the Thai Food and Drug Administration (FDA) in fiscal year 2016-2019, assess the situation and analyze problems of notification under the Cosmetics Act B.E. 2558 (A.D. 2015), also to investigate the results of the litigation, analyze the causes and characteristics of illegal cosmetics after notified in notification revoked group and the group that cosmetic analysis results were announced.

Methods: This research was collected data from the FDA's cosmetic notification database.

Results: It showed that the total of cosmetic notification in the four fiscal years was 815,627 requests. The approved product type of notification was 44.12%, and import was 34.53%. The highest approval was in 2017 fiscal year at 208,461 items (90.24 %); the lowest was in 2018 by 136,781 items (67.13%). In that fiscal year (2018) found that it had the highest cancellation and revocation status at 92,960 and 933 items (67.96 and 0.68), respectively. There was a total litigation after received notification licenses at 1,009 items. A majority cause was 99.21% of label that did not declare a producer or missed an address according to approved; it did not produce as follow the license or a place was not production site 97.22%, it also found prohibited substances 2.9%. In the revocation group by 982 items, it was an ordinary person entrepreneur (92.87%) and a single product (99.90%). The top three of revocation cosmetics included skin care, soap, and sun protection (59.06, 24.95, and 8.86%). There was a cosmetic that also contained in a small glass tube as similar to an injection tube (ampoule/vial) one item (0.1%). The group was announced the cosmetic analysis by 27 items, it found that all of which was a produce notification and compounded prohibited substances in cosmetics. The labels were incorrect (74.10%). Most of entrepreneur was an ordinary person whereas a juristic person indicated that approximately one-quarter or 25.93%. Among these announced analysis cosmetics was a single product at 88.89% that used for face and body (85.19 and 14.81%). Conclusions: The situation of cosmetic notification on e-Submission in the past four years encountered a large number of notified misrepresentation, and violated about a place of manufacturing. Therefore, there is a suggestion for the FDA as follows: (1) it  should focus on a screening process from upstream with the emphasis on standards of manufacture or import place to reach quality and safety, include directing on surveillance of places that had encountered problems or was classified a risk group, and (2) there should lunch criteria to entrepreneurs for label or product photo submit, especially illegal risk group before releasing to the market in order to use as a database for monitoring after notification.