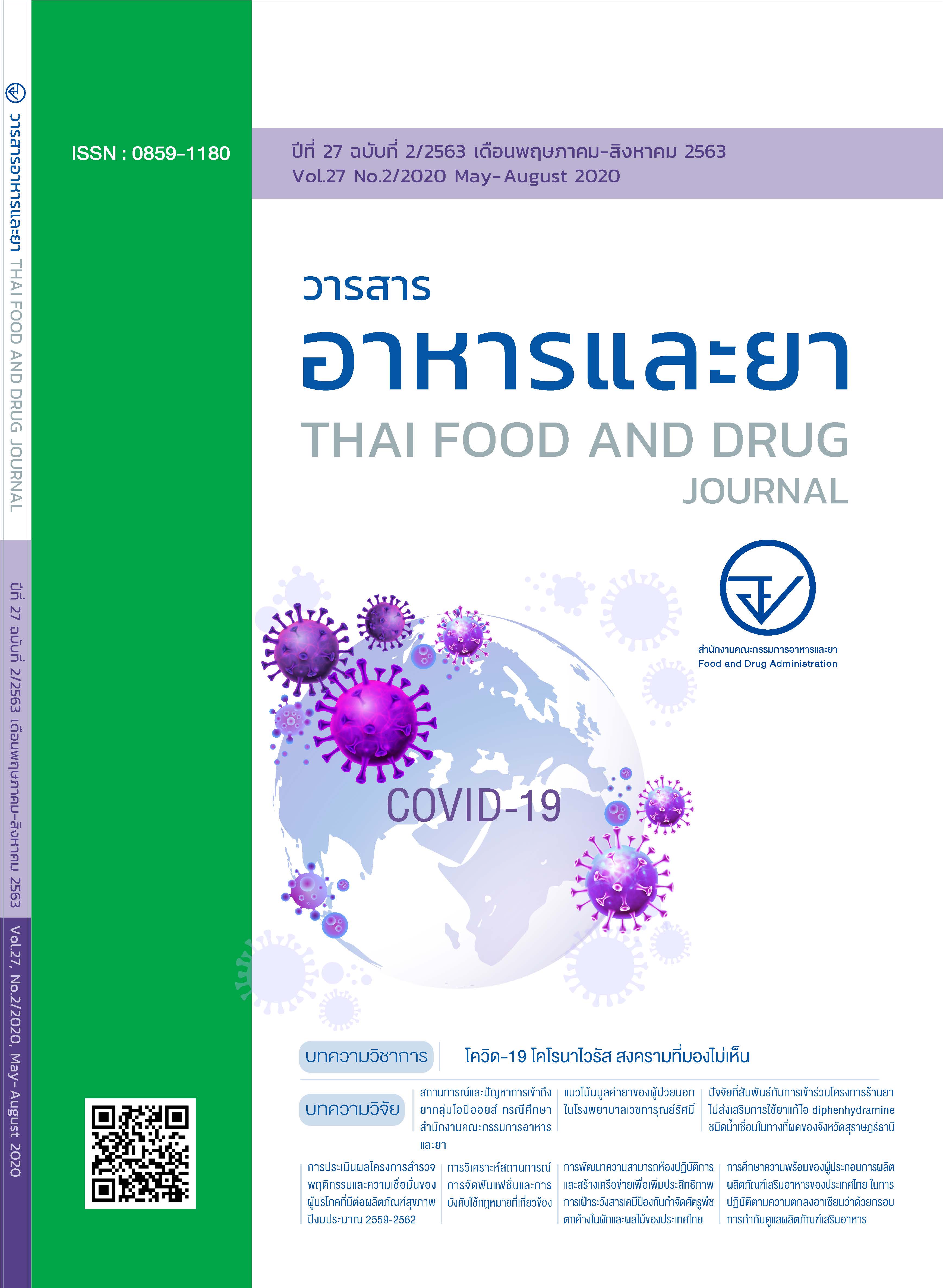 This study examined the drug costs trend of health insurance schemes and prescribing
of Non-Essential Drug (NED) on drug cost per one outpatient in Wetchakarunrasm Hospital.
Descriptive study design was used in analysis of the outpatient prescribing database of the hospital
between 2014 and 2016. Data of total reimburse drug cost and drug cost per one outpatient
were analyzed every 4 months that divided drugs into Essential Drugs (ED), NED based on the
National List of Essential Medicine, and health insurance schemes. Time series analysis was used
in analysis of the drug cost trend. The research found that (1) a total drug cost value was rise
trend. The ED and NED increased from 16.9 to 20.9 and from 12.6 to 19.5 million Baht/4 month.
Proportion of NED value decreased from 57% to 52%. The highest drug cost was the Civil Service
Medical Benefit Scheme (CSMBS) which increased drug cost trend continuously. Among the CSMBS,
the proportion of NED cost increased from 66% in 2014 to 74%. in 2016 (2) Drug value per one
outpatient of the CSMBs was significantly higher than other hea lth insurance schemes.
It increased approximately 185.3 Baht/4 month or 556 Baht/year which occurred from an
increasing of NED cost while the trend of ED cost of CSMBS decreased. (3) NED value proportion
of outpatient who used the Universal Coverage Scheme (UC) was low and decreased trend from 11%
to 9%. It was similar as the Social Security Scheme (SS). (4) D rug value proportion of the UC
outpatient per one was rise significantly, but it effected on increasing of the ED value while NED
value was decrease. (5) Drug value proportion of one NED outpatient who got other health
insurance schemes such as SS and out of pocket was around 200-400 Baht/4 month and was
increase trend. In conclusion, the total drug value in the outpatient department of Wetchakarunrasm
Hospital between 2014 and 2016 was increase trend. The health insurance scheme right factor
related to drug value of outpatient per one. In the CSMB outpatient per one was higher than
other health insurance schemes and it was increase trend significantly.