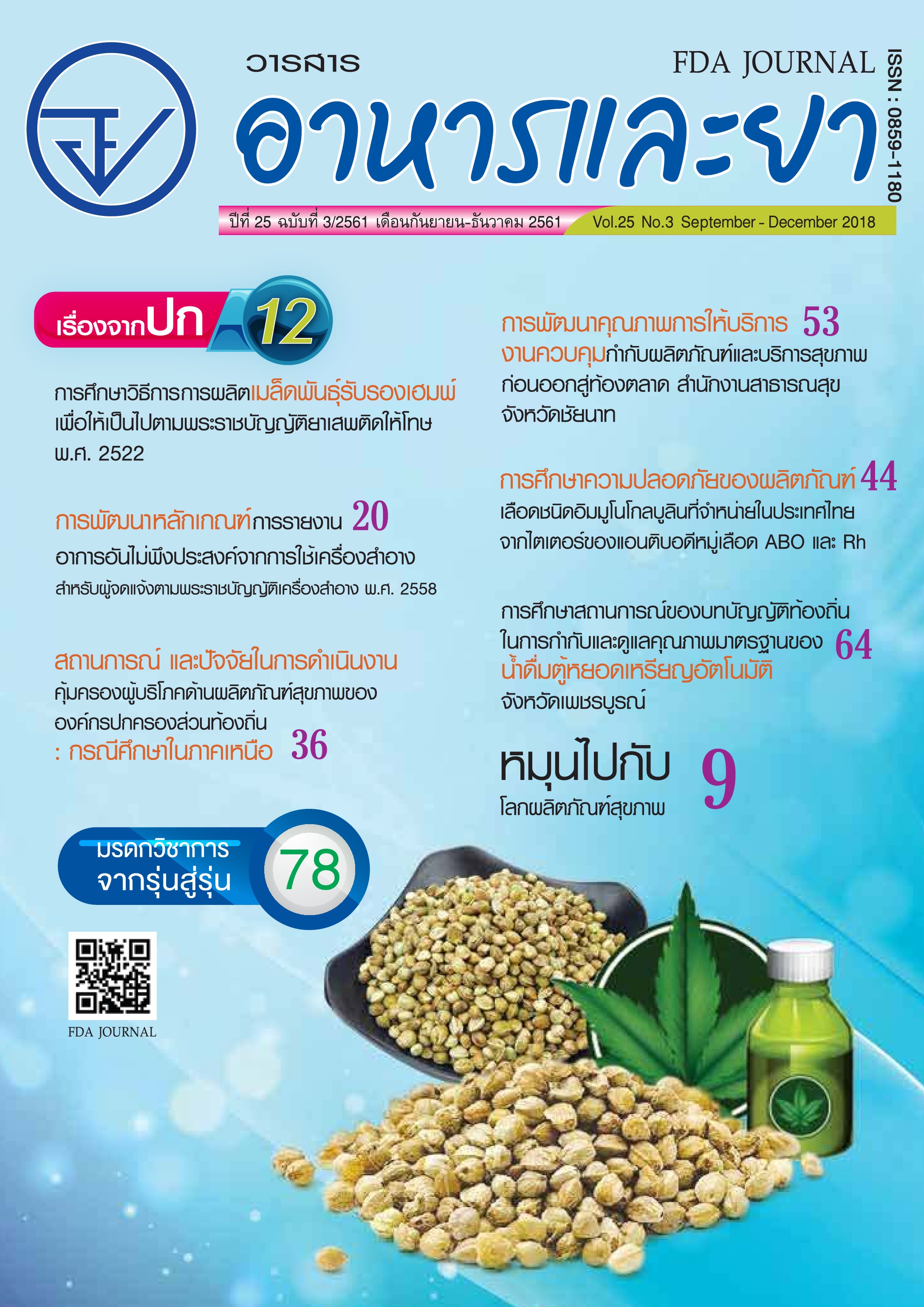 This is research and development study using participatory action research. It aims to improve the speed and punctuality of approval, supports moral and transparent approval, and develop satisfaction assessment on service performed by Chai Nat Provincial Health Office. Population and samples of the study include 2 groups, namely service providers: pharmacists and officers supervising Health products and services at Chai Nat Provincial Health Office, and clients, who received services from March 2015 to October 2016. Tools in this study include service provider questionnaire, assessment on moral and transparency in the operation of government agency and newly developed online satisfaction assessment. The data was collected during March 2015 to October 2016. Data analysis was performed using frequency, percentage, mean, and standard deviation.

The study shows that approvals are delayed and the clients are unable to check the progress of their requests. Traditional satisfaction assessment causes bias results since the form is filled in the presence of the officer. This leads to the development of operation and the system that offers fast and timely approval, including the design of work report in the record and computer system, creation and development of complete handbook of Chai Nat Provincial Health Office, which is publicized via different channels. Year 2014 was considered the time before system development and fast and timely approvals were noted (97.0%). Later in 2015, after system development, speed and punctuality increased (100%). Moreover, there were moral and transparent service system, and online satisfactory assessment. Most clients were satisfied with online assessment in the aspects of form and procedure for approval, service providing officers, facilities, and service quality at high level. These Results can be applied as a model for improving more extensive services of the agency.