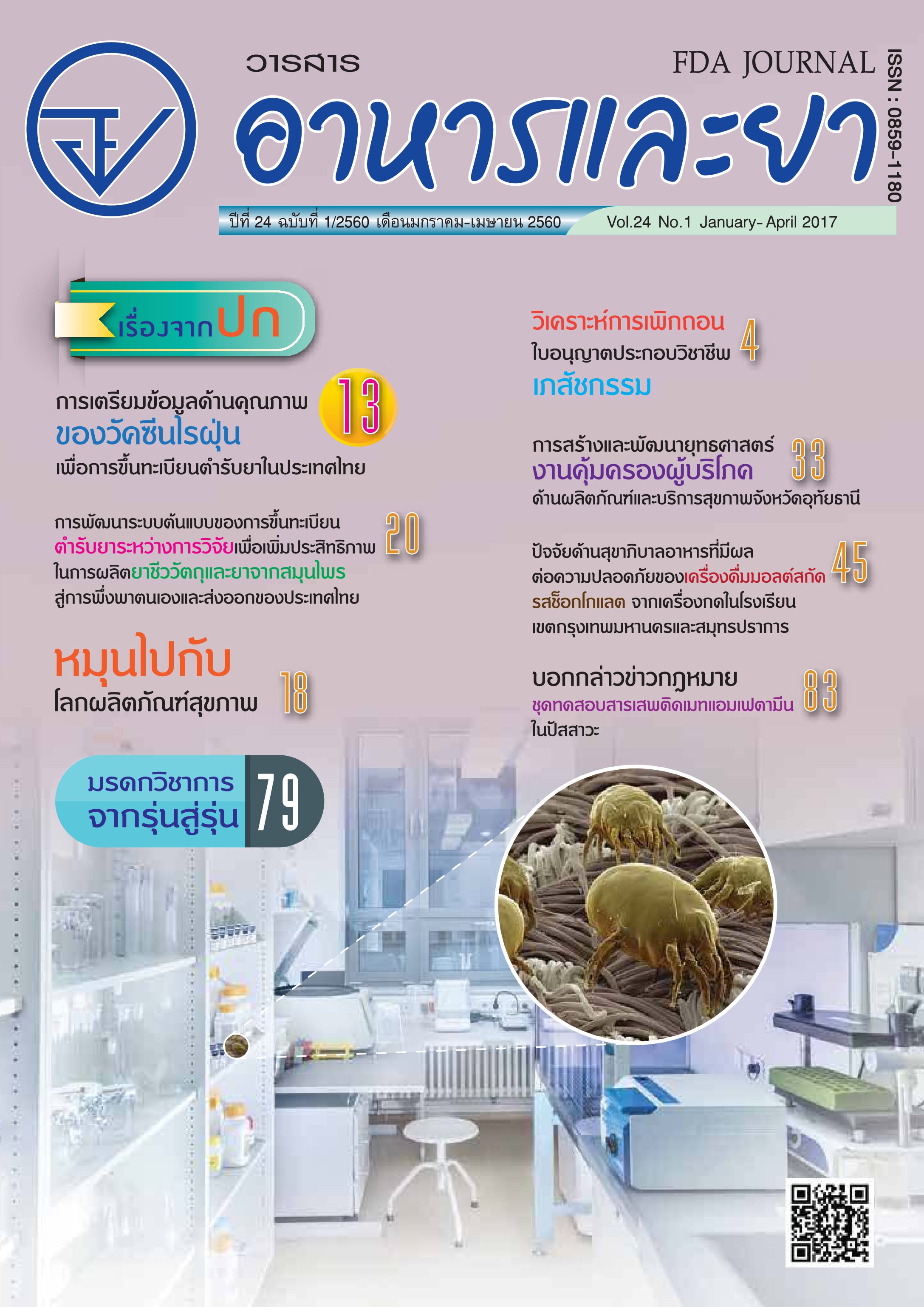 The purpose of this study is to explore the potential of the cosmetics manufacturers in accordance with the ASEAN Guidelines for Good Manufacturing Practice (ASEAN GMP): Bangkok case study. The duration of the study was from April 2015 - February 2016. A survey was conducted using the questionnaire adapted from the evaluation form of ASEAN GMP. Data collection was divided into two phases. The first one was the mailing of questionnaires to the 322 manufacturer key decision makers evaluate the potential of their industries and 211 respondents (65.53 %) were found. The second phase was a site survey to assess opinions of 30 manufacturers the result showed that there are many requirements the manufactures were aligned in the same direction which can be divided into three parts. The 1st part was the requirements those could be promptly and completely implemented such as the provisions of hygiene and sanitation, equipment and tools which were not react to the cosmetics, preparation of master formula for all cosmetics. The 2nd part were the requirements those could be partially implemented and need time to accomplish such as the provisions about the building structure, lightning and the strength of the manufacturing plant, the complaints handling. The 3rd part was expressed by the majority of the manufacturers which were impractical requirements to be implemented such as document management systems, production process and quality control, etc. The results were categorized into three types determined by manufacturer potentiality per se. Percentage of high potential manufacturers, moderate potential manufacturers, and low potential manufacturers were 14.69, 12.8 and 72.51, respectively. Estimated years needed to be accomplished the ASEAN GMP expressed by most of the manufacturers (41.7%) were 6-10 and 26.1% of them had no any response. The rest needed 2-5 years (17.5%), 11-15 years (7.6%), 16-20 years (4.3%), less than 1 year (2.8%), as respectively. However, the entrepreneurs had positive response towards the ASEAN GMP compliance but need time to improve themselves due to the benefits on their product reliability. The results of this research could be a reference to consider the potential and readiness of cosmetics manufacturers on further development of Guideline to achieve the ASEAN GMP.