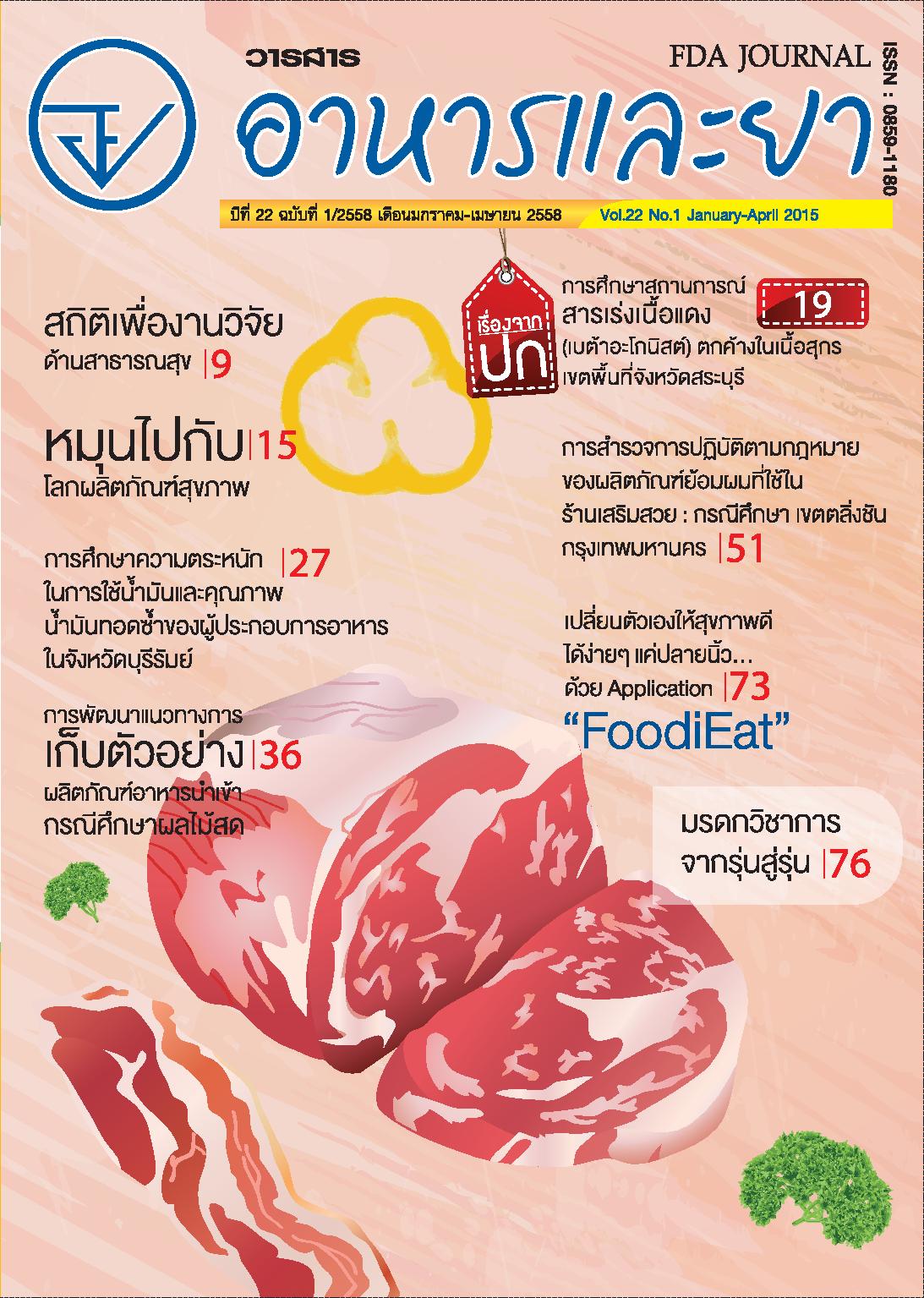 Consumption of repeatedly heated cooking oil is associated with many health
problems. The objectives of the study were to determine the awareness, frying practice and
oil quality of deep fried food operators on the usage of reused cooking oil in Buri Ram Povince.
The associations of food operator’s awareness, frying practice and cooking oil quality were
also considered. A cross-sectional survey was conducted in 4-27 January 2014. Questionnaire
used as a tool for collecting data from 42 participants by face-to-face interview. The test kit
for measuring the level of total polar compounds of oil samples was used in this study.
The results indicated that almost half of them had awareness score less than mean (47.62%).
The majority of the participants agreed that reused cooking oil is the cause of health hazard
(88.10%). However, more than half of them possessed improper frying practice (52.38%)
because there were food operators did not use refined oil firstly each day (28.57%) or decided
for replacing or adding by the refined oil after the physical changes of using oil had been
occurred such as the using oil turned dark or emerged sticky bubbles (26.19%).
Although most reused cooking oil samples were acceptable in quality, there were no significant
association between awareness and practice (p=0.37), awareness and oil quality (p>0.05),
and also practice and oil quality (p=1.00). In order to reduce the health risk from reused oil,
the awareness and frying practice of food operators especially the issues about heating usage
for frying, nutrition of reused cooking oil, health hazard of reused oil fume, consideration for
adding and replacing the reused cooking oil, the use of refined oil firstly each day, must be
developed and improved.