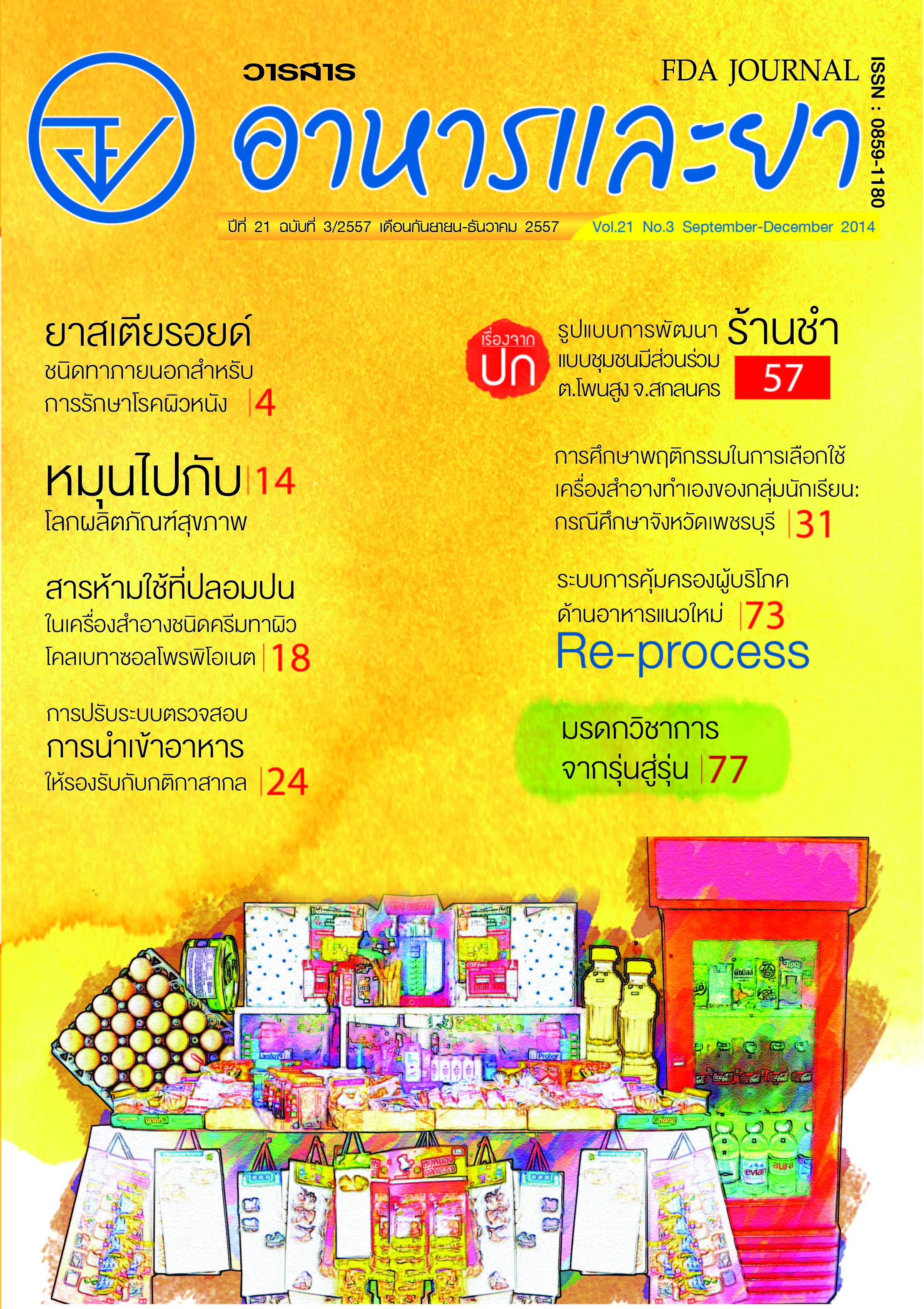 The objective of this study was to monitor the situation of steroid adulteration in
traditional medicines having no registration number on labels or of unknown sources in
9 provinces and determine the amount of dexamethasone and prednisolone in samples.
During October 2011 to September 2013, Regional Medical Sciences Center 6 Chonburi had
collected 67 samples of traditional medicines with no registration number or of unknown
sources from flea markets, kiosks and retail stores in 9 provinces namely, Chonburi, Rayong,
Chanthaburi, Trat, Samut Prakarn, Chachoengsao, Sakaeo, Nakorn Na–Yok and Prachinburi.
In addition, 32 samples were received from provincial health networks. These samples were
identified and quantified for adulterations with synthetic corticosteroids. The results showed
that 24 samples contained dexamethasone and 12 samples contained prednisolone. Twelve
positive samples which had sufficient amount for quantitative analysis were further quantified
for dexamethasone and prednisolone using the HPLC technique. It was found that the
quantities of prednisolone were ranged from 0.1-2.58 mg per dose, while the quantities of
dexamethasone were ranged from 0.1-1.35 mg per dose which were approximately equal to
¼ up to 3 dexamethasone tablets. Furthermore, there were 8 samples of which the calculated
amount of daily dexamethasone consumption was more than 0.75 mg. Prolonged use of
dexamethasone without medical indication especially in the unhealthy person may pose
health risk which could be severe or even fatal.