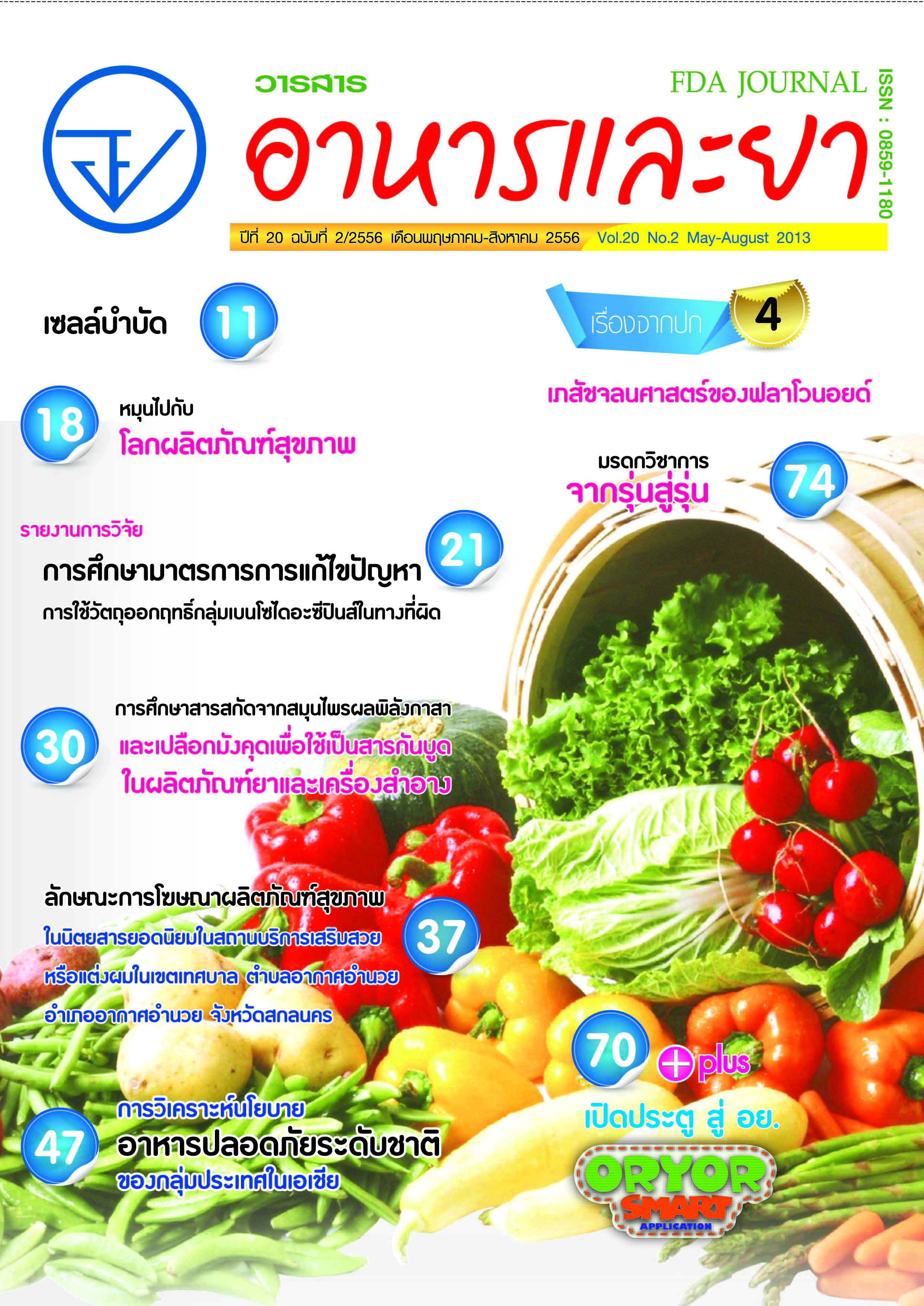 The purposes of this quantitative research were to study the factors associated with the abuse of
psychotropic substances consumption on Benzodiazepines group and to study the opinions of experts about
problem solving by the reschedule of psychotropic substances from schedule 4 to schedule 2.
The data was collected by reviewing the documents and interviewing 28 experts experiencing in the field
of controlling psychotropic substances. The results of this study were found that there were 12 types with
236 preparations of Benzodiazepines registered in Thailand. Six of them with highest dispensing were
Alprazolam (76 preparations), Diazepam (57 preparations), Lorazepam (36 preparations), Chlordiazepoxide
(22 preparations), Clorazepate (17 preparations), and Clonazepam (10 preparations). The factors relating the
problems in drug abuse were found mainly as the pharmacological effects of the drugs, and the others were
respectively as the drug users, mass media, the physicians in the general clinics, drug stores, drug addiction
treatment clinics, private hospitals and government hospitals, problems on law enforcement, lacking of
sense of professional ethics, and family problems. It was also found that the main channel of Benzodiazepines
distribution leading to drug abuse were clinics, and the others were respectively as drug stores, drug
manufacturers/ importers, and the private and governmental hospitals. The legal measures to resolve the
problems of Benzodiazepines abuse by the reschedule and strengthening the control of the psychotropic
substances from schedule 4 up to schedule 2 could be effected only to a certain extent. The problems of
drug abuse of Benzodiazepines group in schedule 4 of psychotropic substances with similar pharmacological
effects still exist.
The studies suggested that the strict enforcement measures were much important to effectively
control or prevent the abuse of psychotropic substances. Furthermore, the medical professional should pay
attention on advising the patients by focusing on the dangerous of irrational drug use with dispensing drugs
to the patients only as necessary.