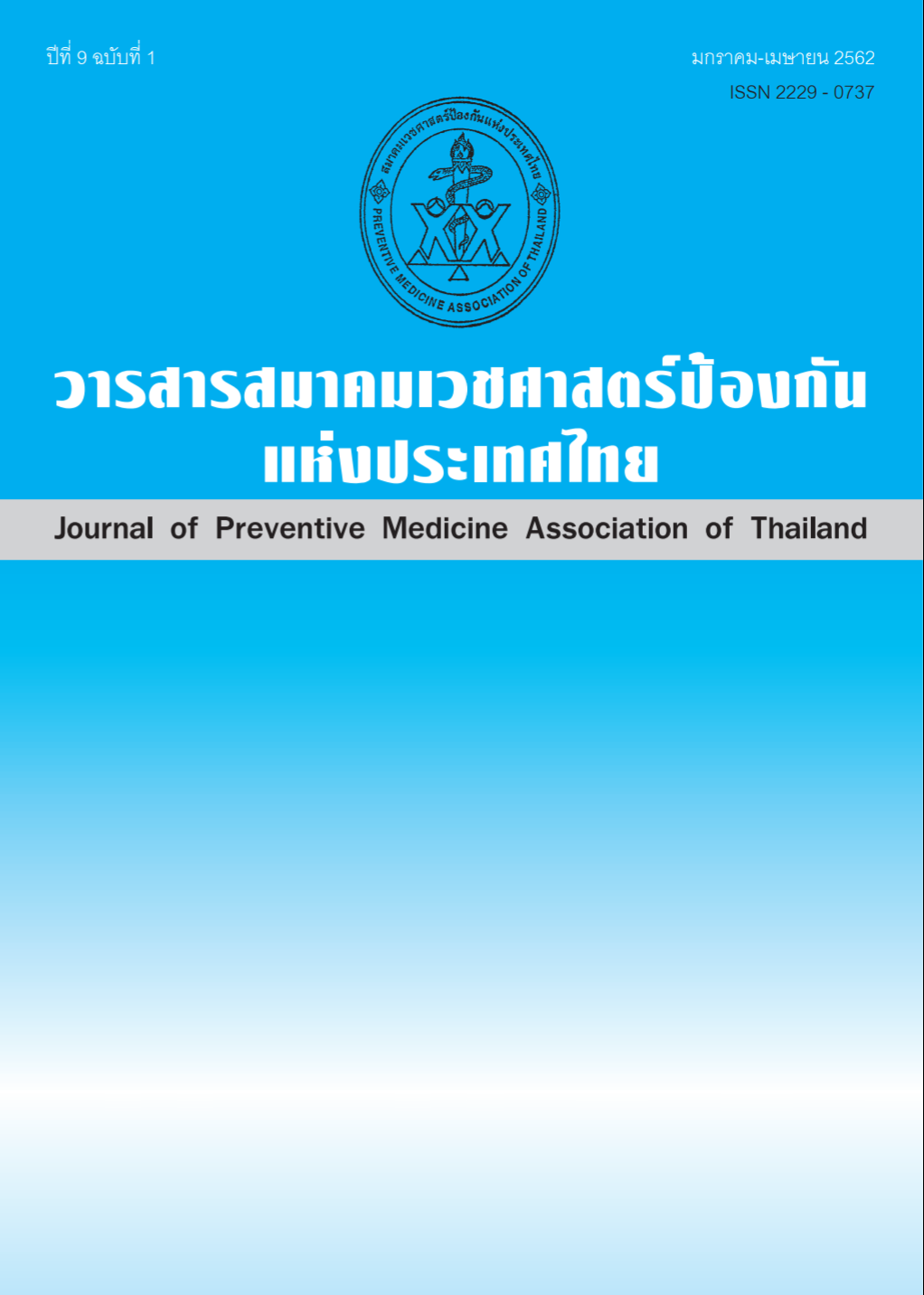 This descriptive survey study was aimed to describe the knowledge, practices and drug therapy problems in tuberculosis patients and solution guidelines of Mueang Bueng Kan district, Bueng Kan province. The study samples comprised of 55 tuberculosis patients. Data was collected through a self-administered questionnaire between January 9th and February 10th 2017. The data was analyzed by using percentage, mean, standard deviation, Chi-square, Pearson’s correlation coefficient, and content analysis.
The results showed that 56.36 percent of the samples had a “high” level of knowledge about medication and 43.64 percent had a “low” level. In regard to
tuberculosis medication practices, 65.46 percent had practiced at a “high” level and 34.54 percent had practiced at a “low” level. Occupation and Education were found to significantly correlate with tuberculosis medication. Cation knowledge article educational level was found to significantly correlate with medication practices (p<0.05). The medication problems found most were “Patients do not want to see a doctor at the hospital because that took a lot of time” and “patients received many drug and that made them difficult to use”. The recommended solutions were for the medical team to consider the time of service and lessen the number of drugs.
The results suggested that the relevant departments should cooperate with relatives of patients and the community to plan and implement continuing care for tuberculosis patients.