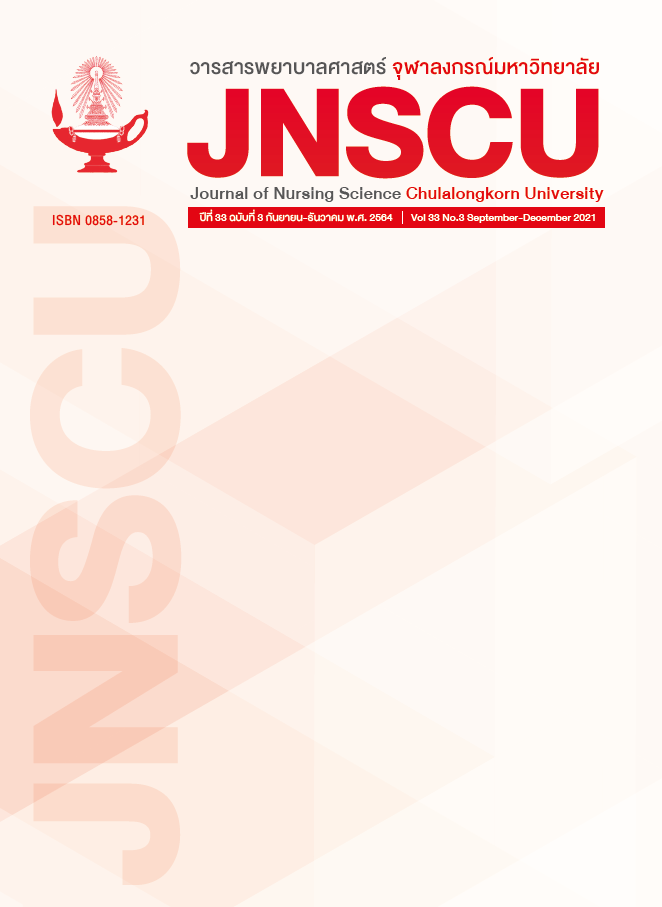 Methods: The Samples consisted of 60 preschoolers admitted to Chulalongkorn memorial hospital for a cardiac operation. The first 30 children were assigned to a control group and the latter 30 were assigned to an experimental group. Preschoolers in the control group received conventional preoperative nursing care, while those in the experiment group were prepared by concrete objective information and distraction. Data were collected by preschoolers’ cardiac preoperative fear observation scale. Its content validity was established by 5 experts and the content validity index (CVI) was 1. Its interrater reliability coefficient was .98. Data were analyzed by descriptive statistics and the independent t-test.

Conclusion: The result of this study shows that nursing intervention by giving information and distraction reduces cardiac preoperative fear of preschoolers.