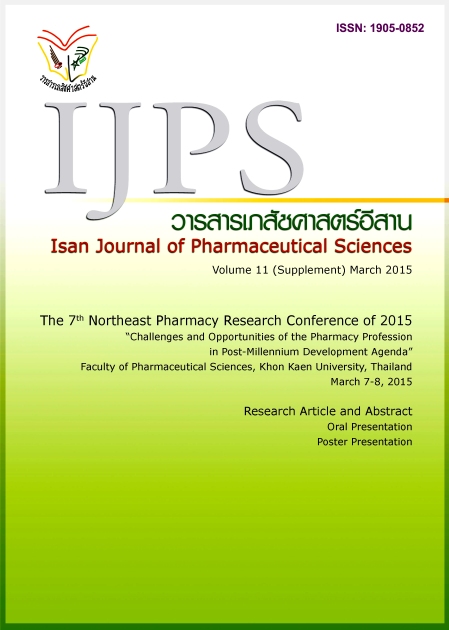 Introduction:  The development of melatonin mucoadhesive film has the objective for delivering melatonin into systemic circulation through buccal mucosa. The bilayer composite film composed of the hydrophilic layer which includes 1.5% hydroxypropyl methylcellulose, 0.5% sodium alginate and 0.5% polyvinylpyrrolidone as film formers; glycerin and propylene glycol as plasticizers and permeation enhancers; and chitosan as a mucoadhesive polymer adhere to the hydrophobic layer.  Materials and Method: The film was prepared by pouring polymer solution on the mold and casting the dry film from the mold.  The physical properties of the film were evaluated by texture analyzer. The in vitro trans-mucosa absorption of melatonin through pig esophageal membrane that represents buccal mucosa was performed by using Franz diffusion cell and melatonin content was analyzed by HPLC.  Results: The addition of glycerin into the film make the film softer and improve elasticity by decrease tensile force and increase percent elongation when compared with the film with propylene glycol or without plasticizers.  Transmucosa absorption of melatonin in the films composed of chitosan together with plasticizers like glycerin and propylene glycol were more than the film without chitosan.  Moreover, the rate of absorption was depended on the concentration of plasticizer in the film especially increasing concentration of propylene glycol in the film resulted in increasing permeation. Conclusion: Glycerin improved the softness and elasticity of the film while propylene glycol provided high permeability and diffusion coefficient.  Altogether, the melatonin film properties were improved to achieve our goal

In the case that some parts are used by others The author must Confirm that obtaining permission to use some of the original author. And must attach evidence That the permission has been included 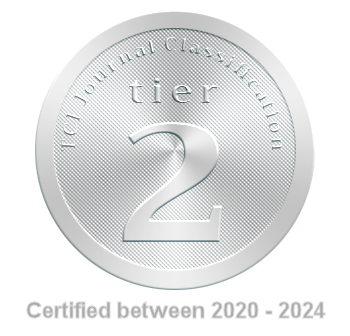