This experimental study aimed to determine the effect of a physical health promotion
program on physical performance among community-dwelling elderly in Thung Hua
Sub-District, Lampang Province. The sample comprised of elderly, aged sixty years and over,
and were investigated frailty with Linda Fried criteria requiring at least one or two of five
indicators, where all of them had grip strength weakness. The samples were divided into
experimental (n=38) and control (n=38) groups. The experimental group was assigned to
physical health promotion program while the control group received health education.
The physical health promotion program had two activities; walking and handgrip exercises.
The duration of program was twelve weeks, and the outcomes i.e. grip strength, leg strength,
and mobility ability by Timed up and Go (TUG) were measured at pre-test and post-test.
The data were analyzed by descriptive statistics and comparative analysis with paired t-test
and independent t-test. The results showed that the experimental group had significant
higher mean score of grip and leg strengths compared with pre-test (p<0.001, p=0.022) and
significant higher than those in the control group (p=0.003, p=0.046). Additional, we found
that the experimental group had proportion of pre-frailty more than control group (39.5%,
68.4%) and significant lower than those in the control group (p=0.010). The study revealed
that the physical health promotion program in the pre-frail elderly could improve physical
performance including grip and leg strength. As these results will be beneficial for long-term
elderly care planning to promote physical health and reduce frailty phenotype. 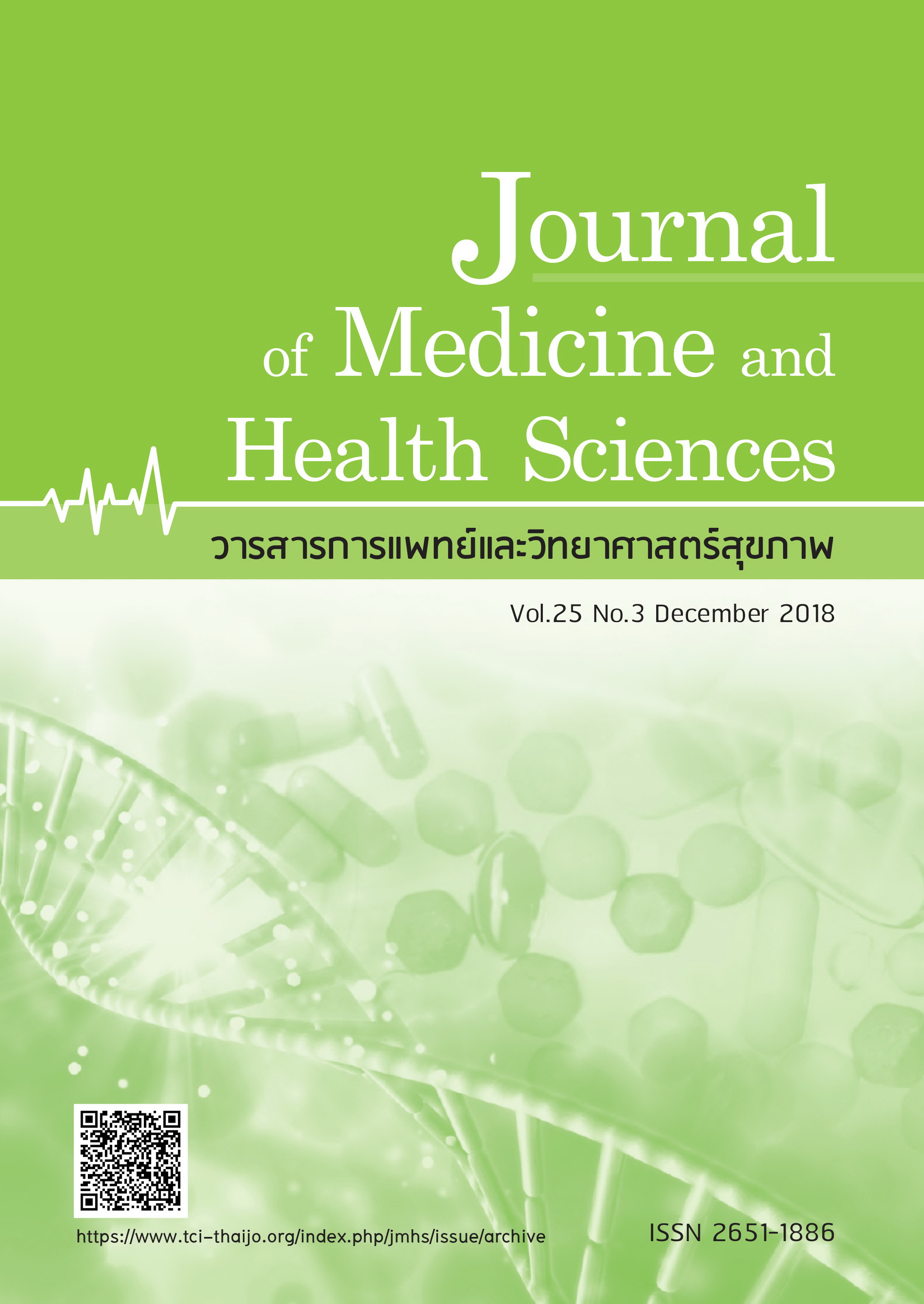