Objectives: To test psychometric properties in terms of validity and reliability of the Thai version of the Prosthetic Profile of the Amputee (PPA).

Methods: The original PPA questionnaire was asked for permission from the developer to be translated into Thai.  A forward/backward translation was done by two different groups of one physiatrist and one translator.  Both English versions were approved consistency by an American prosthetist. A group of content expert composed of one physiatrist specialized in prosthetics, two prosthetists and one amputee verified the final version.  After that the amputees were enrolled and interviewed with the PPA, Thai version.  The data from the PPA, Thai version were tested for construct validity, and discrimination type, in the Locomotor Capability Index (LCI) domain by comparing scores between transfemoral and transtibial groups, and comparing scores between groups in other domains. The test-retest reliability of other domains was also analyzed.

Results: The PPA-Thai version has test-retest reliability when tested in some domains such as percentage of locomotor activity, walking distance with the prostheses, walking attention, self-care activities, and acceptance to amputation. In terms of construct validity, and discrimination type, the LCI domain has ability to discriminate amputees with regard to compliance with prosthetic use, walking distance, walking attention, limitation of walking; however, the LCI domain had no evidence of discrimination between transtibial and transfemoral amputees’ walking ability.

Conclusion: The Thai version of the Prosthetic Profile of the Amputee (PPA) has test-retest reliability, and the Locomotor Capability Index (LCI) domain has discrimination validity to differentiate amputees with different ambulation levels but not with levels of amputation. 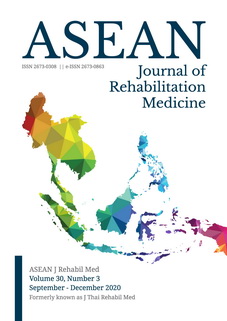 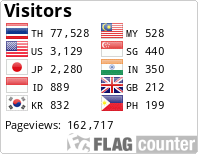