The purposes of this study were to investigate and compare the results of aerobic dance exercise and bike exercise affecting maximal oxygen consumption (VO2max). The samples comprised 40 males aged between 20-30 years old by a purposive sampling method. They were divided into two groups, each of which consisted of twenty subjects. The first group exercised with aerobic dance program and the second group exercised with bike training program. Both groups exercised at 70-80 of their maximal heart rates for eight weeks, three days a week, thirty minutes each time. The VO2max was examined with an Astrand-Rhyming test at the pre- exercise, after the fourth and the eighth weeks. The data were analyzed by mean, standard deviation, t-test independent, one-way analysis of variance in repeated measure design, and LSD multiple comparison analysis at the significance level of .05.
The findings revealed that the mean scores of Vo2max in the first and the second groups were found at 2.66 ± 0.45, 2.57 ± 0.52 ml./kg./min. at the pre-exercise; 2.83 ± 0.50, 2.64 ± 0.50 ml./kg./min. after the fourth week; and 2.95 ± 0.47, 2.84 ± 0.57 ml./kg./min. after the eighth week respectively. Significant time differences of VO2max mean scores were found in the both groups. No significant differences between groups of VO2max mean scores were found at the pre-exercise, after the fourth and the eighth weeks. In conclusion, the programs of aerobic dance exercise and bike exercise can be similarly used for exercise program arrangement for development in respiratory and circulatory systems. 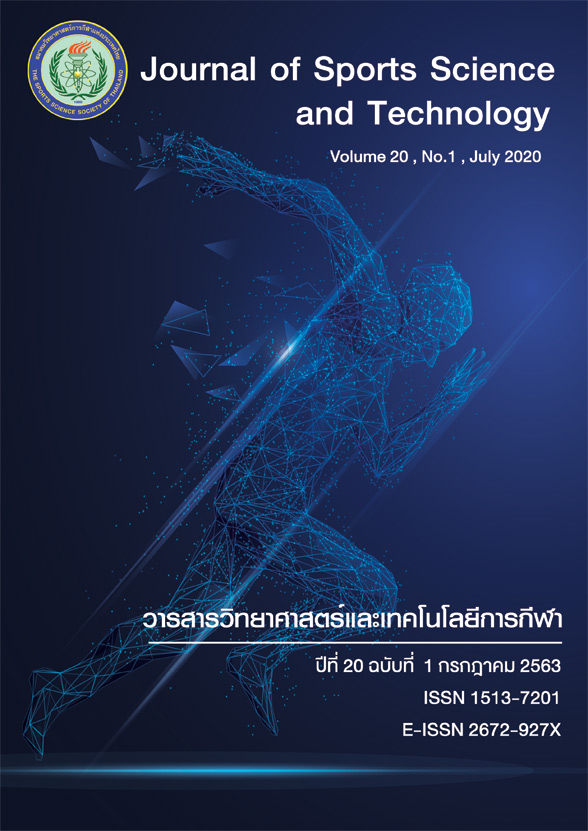