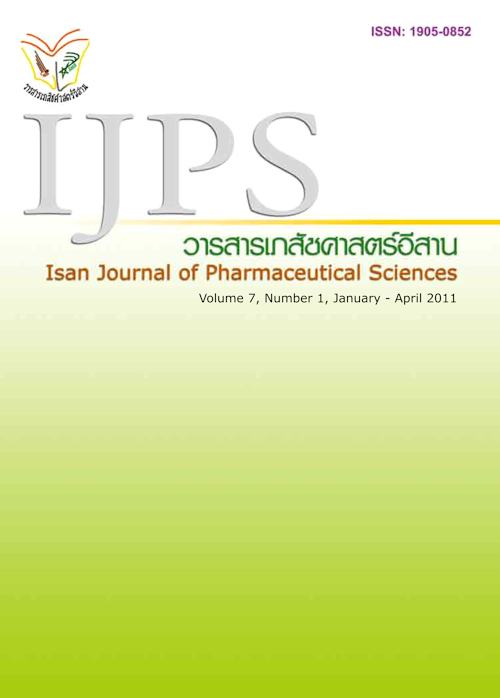 Introduction: Most of the studies of communities’ drug use are lacking of social and cultural perspectives. They have also mainly been conducted in rural areas which may not properly describe drug use in urban areas. This study was to cover and complete the areas mentioned above. Methodology: The study was conducted in DonYa Nang community in Khon Kaen City, Thailand, during March to August 2010. Data was collected from ffty families that had members with age diversities by using fve methods; participant observation, in-depth interview, group discussion, feld note and photographs. Results: Through the various methods conducted, the research has concluded that drug use in this urban center was connected to consumerism, of which social class and/or status played a major role. The reason people within this urban center consumed drugs was because of the connotation of drugs that mainstream society has depicted, of which goods are produced to be “signs of drugs.” The underlying reasons and motivation behind drug consumption are the desires to conform to society; to not be “other” in relation to society as a whole. The upper-middle class used drugs to describe their personality, style, and to be a part of society. The lower-middle class consumed drugs in a pattern of “signs overlapping signs,” as a means of reducing this so-called “otherness,” in terms of fashion and modernity.  Thus, because of drugs in the pattern of “signs overlapping signs”, an illusion of “otherness” is created.  The marginalized groups used the “signs of drugs” to become equal with other groups in society. Further, the consumerism made the use of Ya – Chud (a combination of different drugs in the form of a capsule or tablet and packed in small plastic bags) in the city, old-fashioned and out-of-date. Conclusion: The study found that using drugs by people in an urban community connected them to consumerism and was related to the social class