Background Children hospitalized in a pediatric intensive care unit (PICU) are seriously ill and subjected to invasive procedures in order to overcome critical illness. There has been limited information about the impact of PICU hospitalization on children in Thailand.

Objective To compare emotional and behavioral problems between children hospitalized in a PICU and those in a general pediatric ward.

Methods A case-control study was conducted for children aged 6-15 years old, who had been hospitalized in the PICU at Chiang Mai University Hospital. The children admitted to the pediatric ward were enrolled as a comparison group. Demographic characteristics of the patients and their families, and semi-structured interviews for clinical features of emotional problems and post-traumatic symptoms were obtained. The Child Behavior Checklist was completed by the parents and used to assess emotional and behavioral problems in both groups of children.

Results The study population included 40 children with the mean age of 10.8 ± 3.0 years. Twenty of them had been hospitalized in the PICU and 20 were from the pediatric ward. The demographic characteristics of the children and their families were similar between the 2 groups. Internalizing, externalizing, and total problem scores were higher in the PICU group than those of the comparison group, but with no statistical significance. The social problem subset score of children in the PICU group was significantly greater than that of the control group.

Conclusion Children who had experienced PICU hospitalization may be at increased risk of emotional and behavioral problems. Further studies are needed to provide appropriate intervention. 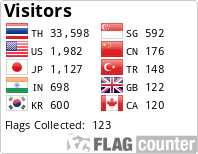