The purpose of this descriptive research was to determine tuberculosis (TB)perceptions and prevention behaviors among village health volunteers (VHVs) in Nongsaeng district, Saraburi province. The research population consisted of 160 people selected by using simple random sampling method. The questionnaire was used for data collection. The overall reliability coefficient of the whole questionnaire was found to be at 0.90. The statistics used in data analysis included frequency, percentage, mean, standard deviation, Chi-square test and Pearson’s product moment correlation coefficient. The results showed that 86.2% of them were female; the mean age was 57.5 years; 63.7% were married; 45.0% had primary education; 49.4% had agriculture occupation; 59.4% had insufficient income; 69.4% received information from public health workers; and the average duration of VHV working was 16.8 years. Most of the survey VHVs had high perceptions of TB including 78.1% for perceived risk of TB infection, 73.8% for severity of TB, 88.8% for benefits and barriers of TB prevention practice, and 93.8% for the incentive to prevent TB. About 84.4% of the VHVs had high TB prevention practice. Factors significantly (p<0.05) associated with TB prevention behavior of these VHVs were increases in age, duration of work, recognition of benefits and barriers to action against TB, and incentives for prevention of TB. The results of this research can be used to improve and develop effective tuberculosis prevention and control practice of VHVs. 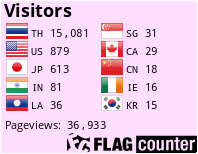