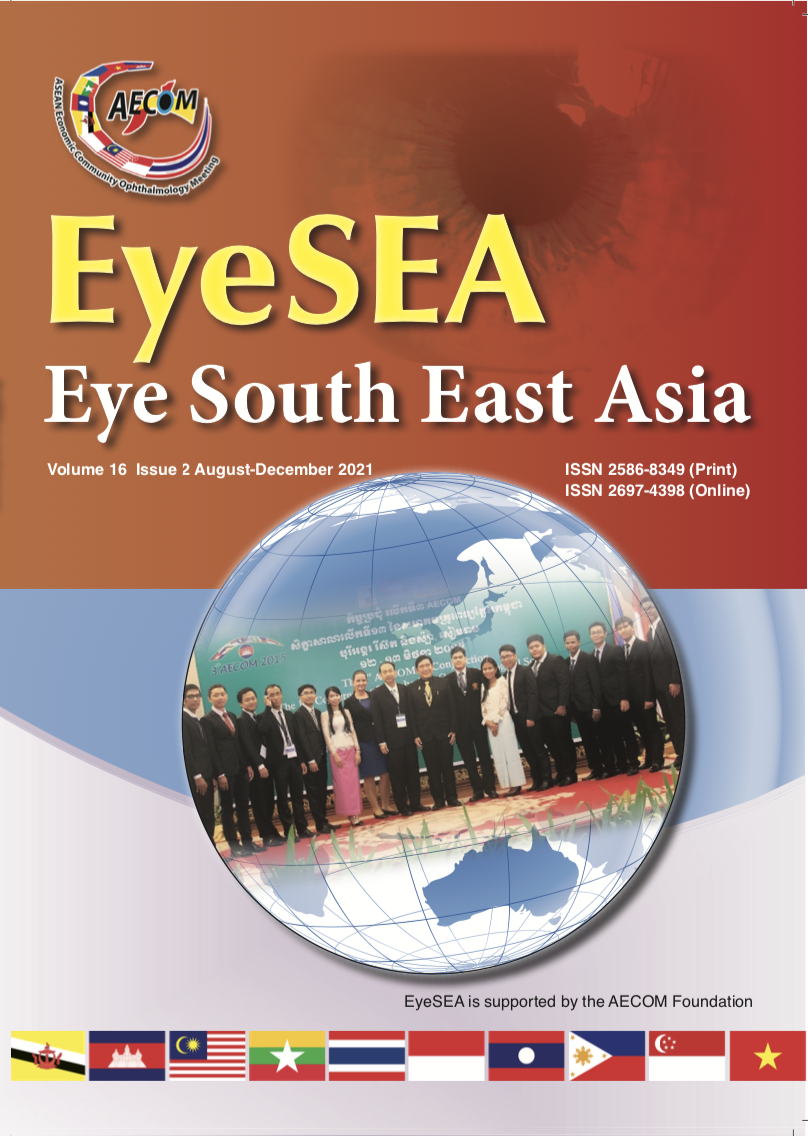 Glaucoma is now estimated to be the second most prevalent cause of blindness worldwide after cataract and the most irreversible blindness.

Objective: To determine the prevalence, demographic and clinical characteristics of blindness in glaucoma patients.

Material & Methods: The study was performed on glaucomatous patients who received ophthalmic examination at the Ophthalmologic Outpatient Department of Angthong Hospital between October 1st, 2014 and September 30th, 2019. All glaucoma patients were examined and diagnosed by ophthalmologist. Data records were gender, age, initial intraocular pressure, duration of treatment, type of glaucoma, underlying diseases and type of treatment. Descriptive analysis was used for reporting the prevalence of glaucoma blindness. The risk factors were analyzed by Chi-square test.

Conclusion: The prevalence of glaucomatous blindness is 23.8%. Glaucomatous blindness prevalence was higher in men than in women and shows typically increases with age. The main associated diseases were hypertension, diabetes mellitus, dyslipidemia and cardiovascular disease, which affect daily life activities and visions. Intensive ophthalmic examination and early glaucoma screening could pay important role in reducing glaucomatous blindness and effective treatment to save vision and improve quality of life in glaucoma patients.