Background: Lung cancer is one of the most common cancer in Nepal causing 14.1%of total death among cancer. Nepal is a developing country with poor socio-economic and human development. The rate of lung cancer patient is in an increasing trend. Tobacco smoking is one of the major risk factors causing 70% lung cancer deaths. The major objective of the study was to find the association of cigarette smoking and relighting of cigarette butts while smoking with the occurrence of lung cancer in Kathmandu valley, Nepal.

Methods: An unmatched case control study was conducted among 207 participants including 108 cases and 99 controls. The study areas were from National Hospital and Cancer Research Centre Pvt. Ltd., Bhaktapur Cancer Hospital and areas nearby the hospitals in Kathmandu. The duration of the study was from April 2017 to July 2017. Administered questionnaire including socio-demographic, smoking habits and secondary exposure to smoke characteristics section was used in the process of data collection. Descriptive statistics was done to summarize general characteristics. Bivariate analysis of factors showed p-value<0.2; and it included in the multivariable logistic regression where parsimonious model with backward regression was used to calculate odds ratios (ORs) with 95% confidence intervals in order to find association of risk factors.

Conclusions: Smoking and relighting of cigarette butts were major associated risk factors for occurrence of lung cancer. This calls for strengthening the prevention aspect of tobacco control program to focus on behavioral change for reducing relighting of cigarette butts among the general population and tobacco addiction among the general population in Nepal. 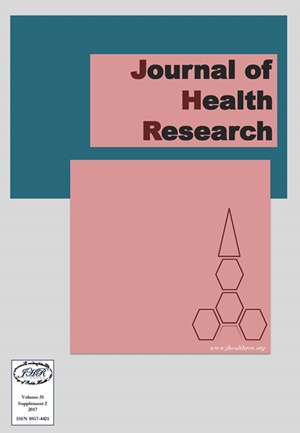